The Legend of ''The Bunny Man''

From America comes ''The Bunny Man''. As the legend goes, in 1904 - The Clifton Asylum (Virginia), was slated to be closed down. A transport vehicle with 20 inmates was involved in a crash. The driver was killed - and all but 19 of the inmates were accounted for. A search by Police found no body. Soon after, in a stand of trees near a local train bridge, the carcasses of hundreds of dead rabbits were found strung up. Police were perplexed. This grisly practice continued for weeks. After another search of the woods near the train tunnel, the escaped inmate was found!. He had been trapping and living off the rabbits. After a heated chase, the Madman ran into an on-coming train to escape capture. The Police did not find any remains. Flash forward some years to 1970. Several young couples parking for pleasure near the secluded train bridge - reported having their cars attacked with an axe (while they were inside), by a strange man wearing (wait for it) - a rabbit suit. When the couples were shown a picture of the long dead inmate (again, wait for it)  they identified the photo as their attacker! By the way, the original Bunny Man was put in the Asylum for killing and butchering his family  on Easter! 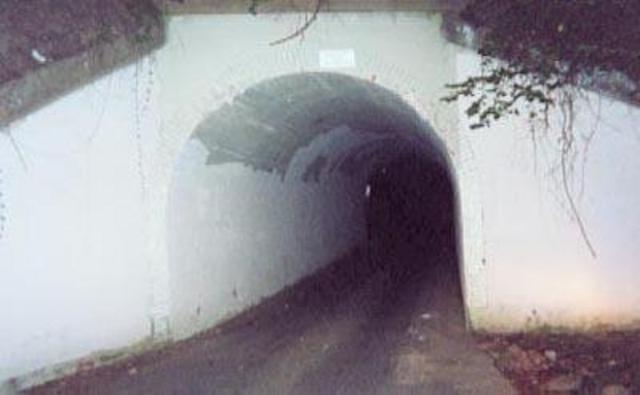