In yet another ‘’Close Encounter’’, Two young Boys who lived in Korfu, Japan – got such in February, 1975. Playing in some woods (at some distance to Their Homes), night began to fall. As the pair turned to go, They heard wat They described as a ‘’crackling sound’’ (similar to an electrical charge). Turning around, The two saw what appeared to be a bright ‘’Orange Light’’ come out of the sky and descend to ‘’the ground’’. The boys noted that ‘’the light’’ changed to a ‘’softer, whiter color’’. When the brightness cleared, the pair stared at the incredible sight. The boys said that they beheld a ‘’Disc-shaped Craft, sitting on a series of extensions (poles). A ‘’hatchway’’ or ‘’door’’ opened in the side of The Craft.

Now in fear and hiding as best They could in bushes and trees, The Boys witnessed ‘’The Occupants’’ come out of The Craft. Dressed in what appeared to ‘’One-piece overalls’’, it was Their exposed Head that caused The Boys panic. The ‘’Beings’’ wore no Helmets or coverings and shown a ‘’frightening visage’’. Their skin was ‘’Greyish-Brown and very wrinkled – without any type of hair seen’’. Further, the (estimated) 7-foot tall ‘’Giants’’ had ‘’slits for eyes and a large mouth, bristling with fangs’’.

It took very little effort for The Being to notice the hiding boys. Approaching them (almost as if gliding or hovering), The Beings ‘’attempted’’ verbal communication with the pair. The boys said that They could not understand Them – further stating that The Beings ‘’sounded like a high speed tape recording’’. The boys had had enough. Turning Their back, the pair ran as fast as They could in the opposite direction of Their ‘’encounter’’. Perhaps The boys thought that They were being ‘’pursued’’ – but They weren’t. They didn’t stop running until making it home. Telling Their ‘’Tales’’, naturally – no Adult believed the pair – thinking They ‘’made it up to excuse that They were late coming home’’. MANY years later however, The boys (now Men) told Their story regardless. Although no evidence was ever produced, it should be noted that Japan was a ‘’hotbed’’ of UFO Activity and ‘’Contacts’’ for many years in the 1970s. 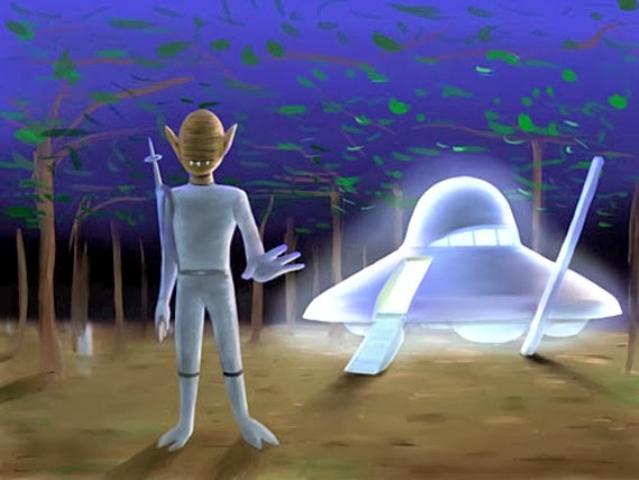