Something unusual was seen flying in the skies of Kelsterback, Germany in 2007. Around 1:00 A.M. - on May 14, two people were out looking at the sky. They reported seeing a tremendously huge, Bat-winged shaped object moving very fast through the high clouds. The object appeared to be glowing with a silvery pulsating color . Both people stated the object appeared very silvery, almost mirrored . Closer observation revealed small lights on the bottom of the Craft . After several minutes the object appeared to re-cloak and could not longer been seen. The two noticed that it was still there, but was a see-through consistency by this time . (Top Secret Government Experiment or Something Else? ) 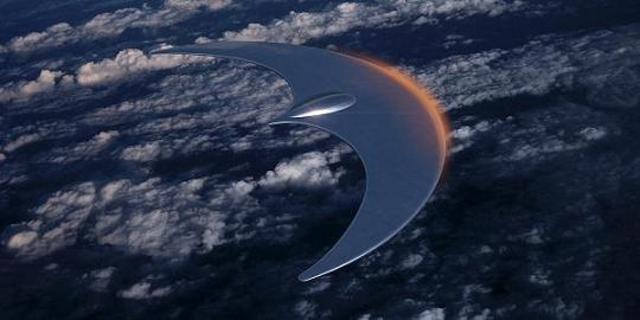