While many can easily say this photograph is a clear photo shop Hoax – some still think it is another example of UAPs (or UFO if you prefer), which – despite the recent US Government ''transparency'' – appears to be complacent with such Objects flying over The United States unchallenged. From October of 2015, a Father and Son were coming out of a Kentucky-Ohio Border Restaurant at sunset. Both (while walking to their Car), ''saw'' what can only be described as a ''massive, Bat-wing shaped'' Object gliding unopposed thru the sky. The Object showed no evidence of concern about being seen either. Such detail could be made out, that per the witnesses – they though it had to be a trick or prop for a Movie or advertisement. As the Object flew (silently) – it emitted an occasional ''light'' from either side of it's ''wings''. Moving somewhat faster as it approached the distant horizon – soon thereafter, several ''Military-Style'' Helicopters flew in a flight path behind the Craft. The Photo was enhanced and posted – and even was featured in several International Publications. However, no ''Official'' investigations were ever given as to ''what'' was seen, to include no Media Outlet coverage................. 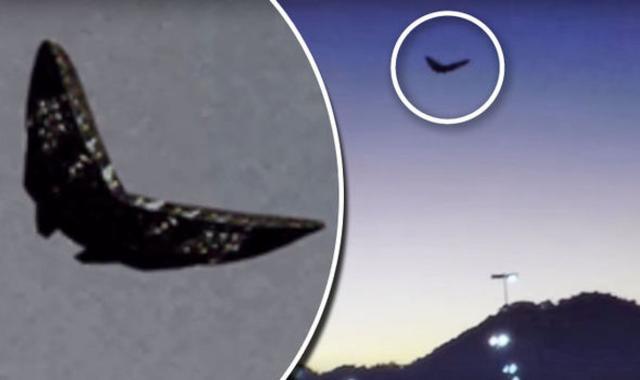