A young Herdsman was tending to his flock in Kazakhastan (1947). Roughly at 800 PM, The Boy noticed a ''strange Light'' approaching Him from The East. As this ''Light'' drew closer, The Boy saw that the Object appeared to be ''Pie-Shaped''. It was arrayed with ''hundreds of twinkling lights of many colors''. Overflying Him, the Object landed several hundred yard in front of Him. He stated later to Authorities, that ''three long tubes, like legs came out from under The Object''. ''It'' rested on these.

The ''Craft'' began to emit a series of Lights very much as one would describe Searchlights. These ''beams'' seemed to be scanning the landscape, quite slowly and methodically. Within minutes, The Boy saw what he described as ''stairs'' issue forth from The Bottom of The Object. Down this ''walkway'' came several dozen small Beings (roughly only 4 to 5-feet in height. They appeared to have ''large, bald heads and had large Black eyes''. Further, they all appeared to look exactly the same. All were said to be wearing some type of ''shiny, silver clothing''. One of The Beings began to point to others in His ''party''. He ''acted as if He was The Leader of them''. As He ''pointed'', Beings began to go into that direction. Some were ''moving things like boxes or machines'' according to The Boy. He noticed that a Dome-like protrusion, located on the Top of The Craft appeared ''broken''. A loud ''hissing noise came from this location''. Several of The Being's floated up to the Dome and seemed to be ''repairing'' the damage.

The Boy lay on the ground marveling at the sight. For several Hours, He watched as The Beings ''scurried around'' both fixing The Dome and ''watching the perimeter of Their Craft''. The intense darkness and The Boy ''hugging the ground'' helped in Him ''not being seen''. Near Dawn, The Beings all re-entered their Craft. A ''low humming noise'' was heard by The Boy. Within seconds, The Craft grew bright with an intense ''white light'', making it impossible for The Boy to keep watching. He heard a ''swooshing sound'' and felt ''wind blowing from the direction of The Object. Then darkness. The Object was gone. With the coming Light of The Sun, The Boy carefully approached the area where The Object had been. He noticed (3), 10-foot wide circular holes in the ground. Each Hole was only several inches deep. They further appeared ''scorched''. The Boy returned to His Village and told local Police, who in turn notified Soviet Authorities (as Kazakhstan was then a Soviet Territory). The Boy was brought before a ''Soviet Army Officer'' who had arrived later in the day. Telling His story, The Officer showed no emotion nor did he ''chastise'' The Boy for telling Him an obvious ''fairy tale''. He simply told The Boy that He had ''witnessed a Soviet Military Drill'' and nothing more. The Boy said nothing, but knew well ''what'' Soldiers and their equipment looked like.

Later, other Villagers reported many Military Vehicles and Soldiers in and around the location of the reported ''landing''. Some were dressed in what could only be described as ''Radiation Suits''. No one was allowed near the site. After several days, Soviet Soldiers left. Villagers sated that the ''Holes'' reported by The Boys had been ''removed''. 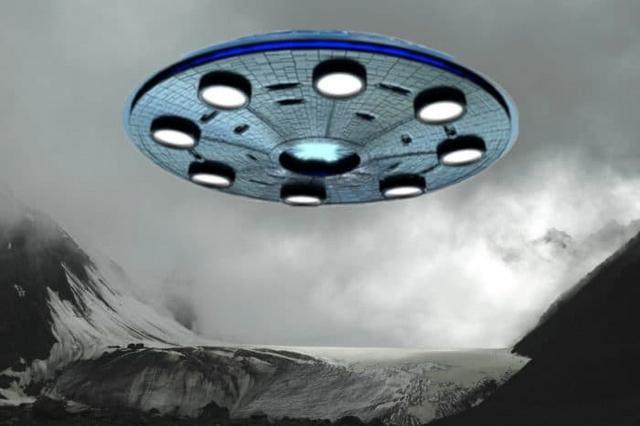