A highly controversial video was made in 2011 and submitted to The World, as "bonafide" proof of a UFO encounter. Taken on an overlook of the historic City of Jerusalem (Israel) at nightime, the video shows the well lit "Dome of The Rock" (a spot revered by both Christian and Muslim). Suddenly, a bright White "Light" is seen "dropping in" over The Dome. Hovering briefly, the Object just as suddenly flies straight up into space at an incredible speed. Largely decried as a fake, no conclusive analysis of the video has been made known. The video was carried and shown on most of The World's News Services. 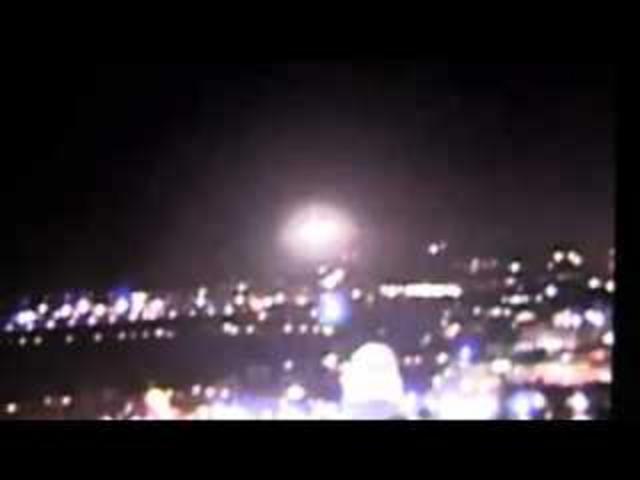