Another ''accidental'' photograph, Jack LeMonde was a recently discharged US Marine, having survived the hell of The South Pacific. Enjoying his civilian life, Jack was riding around The Pickwick Stables (Burbank, California). It was 1945. LeMonde had His photograph taken with the unintentional added ''benefit'' of capturing an odd ''Craft'' which was flying over Him. Some skeptics cite that the ''Object'' is actually the ''Rear End'' view of a Jet, flying away from the camera. The problem with this theory, is that ''Jet Aircraft'' of this Class did NOT exist yet, let alone one which appears enhanced at the Upper Left corner. 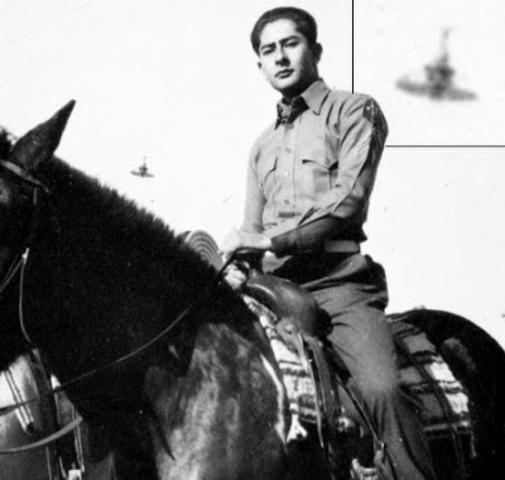