Yet another possible Government Cover-up, this Case was very well published throughout The World. The International Space Station (ISS), is well known for keeping "the Lights on", with regards to Public interaction. NASA and The ERA leave their "live feed" cameras 24-hrs (to allow enthusiasts to watch activities via their computers). However, on April 5, 2015 - enthusiasts saw more than they expected! The extra-vehicular Station camera caught a huge, glowing circular Craft on the horizon of Earth (close to The ISS). Apparently NOT shy, The Object remained in full view (even appearing to approach The Station!) Within minutes, NASA stopped the feed. Several hours later it was back - and of course, all wad "normal". However, many made copies of what the feed showed. These copies swarmed The Worlds major News Outlets. NASA stated (after several days), that the object was an "ice particle" and that further, they were experiencing "technical difficulties" with their feed. 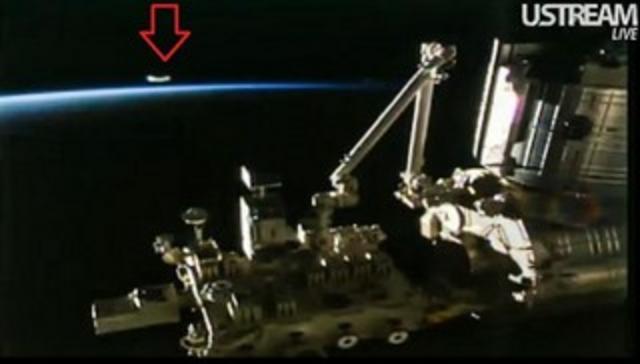