Near Alamogordo, New Mexico – Holloman Air Force Base serves The US Armed Forces as a major Southwestern Training Command. Established in 1942 (during World War II), The Base trained Bomber Pilots. But Holloman AFB occupies another ''chapter'' in History – at least to UFOlogists. It was here, on at least (4) occasions, Alien Craft not only landed and ''made contact'' with Human Life, but may have even ''met in accord'' with none other than US President Dwight D. Eisenhower. The many reported ''leaks'' of information over the last 50 years, cite that not long after The Roswell Crash (also in New Mexico) in 1947, Extraterrestrial Life began to make outright contact with The US Government. This explains the massive influx of ''Flaps'' – or civilian and Military UFO sightings and reports between 1947 and 1959. According to some, ''Emissaries'' from an ''unidentified Planet'', landed at Holloman in 1954 with the sole purpose of establishing some form of ''normalized relations''.

Whereas President Eisenhower was the Head of what was known as ''Majestic 12'' (the previously discussed ultra-secret UFO and Alien Investigation Committee of The US Government), He flew to Holloman to ''meet The Visitors''. Initially, nothing happened at the intergalactic ''meet and greet'', but it was later in 1957, that another ''visit'' occurred. This time (and leaked some 50 years later as well), Government Sources ''photographed the landing'' of ''The Craft''. When scrutinized many years later, The US Air Force ''stated'' that the ''film was nothing more than an experimental Test Craft, similar to the famed Avro ''Flying Car''. But ''Experts'' disagree. The results of this meeting between The President and ''Aliens'' was somewhat more ''pushy'', The Aliens stated that they would ''solve'' many of The World's ''problems'' – if Mankind would ''give up'' it's growing Atomic Bomb Arsenal. Due to The Cold War rapidly developing between The Soviet Union and The US, this was not seen as an option. The Aliens would revisit Holloman again in 1964, but the result of that meeting are ''unknown'' – or at best NOT come to life. Many skeptics cite that the ''story'' is more ''disinformation'' than fact......Maybe it is, or Maybe it isn't. 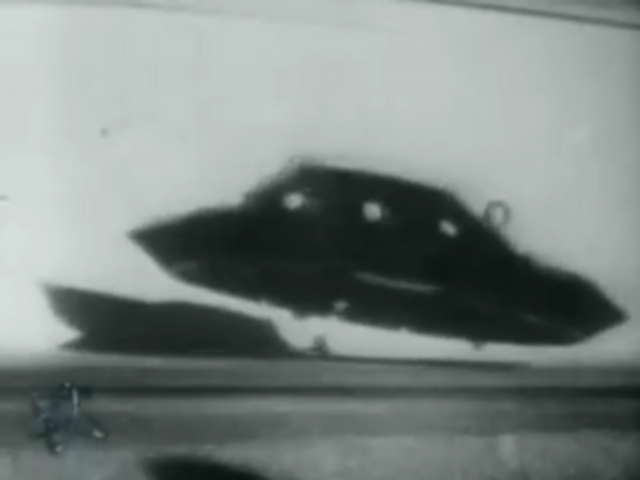