The Carlos Diaz Case stands out with other famous possible Contact and Abduction cases in UFOlogy. His story (regardless of your believing him or not) is worth telling. On January 15, 1981 Carlos Diaz (a Journalist), was sent out on an assignment near Ajusco National Park, Mexico - (to meet a contact for a story). Arriving early, He began to check his camera equipment. Suddenly (while seated in his car), he saw a bright glowing Saucer-shaped Object float down about 300 feet in front of his direct line of sight! Amazed, He began to take pictures of the Object . He exited his vehicle and continued to take more photographs. Returning home later (and developing his photos) the encounter was so powerful in His mind,  that he planned a return trip to the location (thinking he would see more). Diaz was NOT disappointed!

On March 13, 1981 Diaz returned to the spot. He instantly felt something (but could not see anything out of the ordinary). Then, about 15-minutes later the same Craft seen before - appeared to him again. This time, Diaz hid behind some large boulders (to be undetected), and began to shoot photos of the Object. After several minutes, Diaz said he felt a hand touch his shoulder . He passed out. Waking up several hours later, Diaz noticed that it had rained very hard. However, his clothes and equipment were dry. Leaving (as before) Diaz went home. Still drawn by some unseen Force , He returned several weeks later. Upon reaching his hiding spot , Diaz claimed to have been approached by a tall, fair skinned humanoid (not much different looking than a human) . The Being stated that it was He that had touched Diaz. Further, Diaz was ''told'' that He had been taken aboard the Object . The Being told Diaz that he would remember everything shortly . Diaz would later claim that after this Being left him, he slowly started to remember his trip . After the Being touched him (in the first encounter), He was taken aboard the Craft. He was transported to somewhere,  which resembled a deep cave.

Inside, Diaz was amazed to see MANY other Beings, harvesting was appeared to be large glowing balls (which The Being said were similar to Computers or Data Storage devices). The Beings were not hostile and revealed much information to him (most of which Diaz NEVER revealed for some reason). Diaz would return MANY times to be contacted by this Alien Race . When the Diaz Photographs were examined no concrete evidence could be produced that the photos were FAKED (and still can't). Diaz had refused regressive hypnosis. The final piece of the puzzle is that Diaz also recorded his encounter with The Craft on film! It is reputed to show him signaling his Craft with his flashlight. The Craft responds to his signal! ONLY a few have seen this film (and no One outside of Diaz ''circle'' has). To this day, The Diaz Case produces more questions than answers! 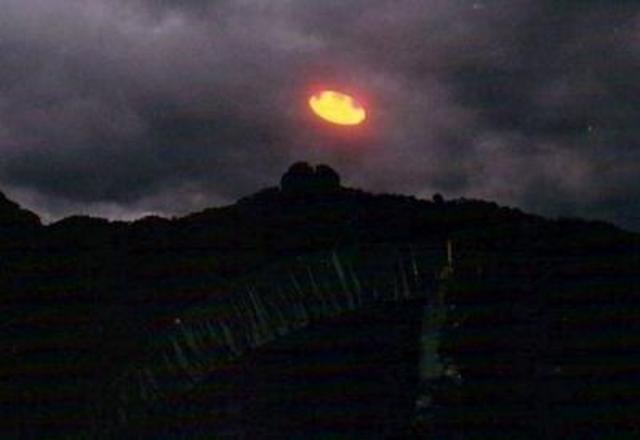