Private Pilot Carlos Antonio had company on his flight from Mexico City to Zihuatenarjo on May 2, 1974. On a peaceful and clear morning, he took his plane up to 14,500 feet. Over a well known Lake, he began to experience trouble with his aircraft's electrical systems. As he was attempting to give his condition to Air Control, Antonio claims that 3 large Saucer-shaped Objects appeared, One each was positioned next to each of his plane's wing with the third trailing on his rear. Antonio then noticed that he had no control over his aircraft (as if something was controlling his plane). He noticed that his airspeed was 140 miles per hour (yet his plane did not stall). This escort Flight continued on for 10 minutes. Antonio said the brightness of the three craft made any close detail of them impossible. The Crafts finally veered off from their position and flew up into Space. Throughout the entire ordeal,Antonio maintained contact with Air Control. Upon later investigation however, when Antonio tried to get transcripts of the encounter ALL traces were gone and the Controllers on duty that day had been replaced. 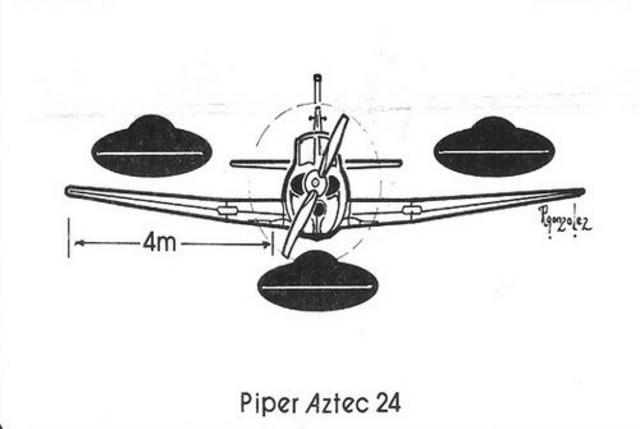