On May 21st 2012, a Driver going thru the Northern California (US) Town of Bishop. It was a clear night and no overcast. While driving, a Red light was noticed from the right side of the front window of The Car. Thinking initially that it was just an aircraft, The Driver kept on. But it would become ''more'' as The Light came closer to the slow moving vehicle. Curious, The Driver pulled off the road and observed the odd light. As it drew closer (seemingly ''it'' was ''just as curious about the car), The Driver noticed the ''light'' was actually a series of Red Lights, arranged on a Spherical Object, roughly 300-feet in diameter. The Object was NOT a Drone or other type of related aircraft. In awe, - but after several minutes, The Sphere began to rise slowly – to roughly 1,000-feet, and then ''went dark'' (without light). Despite this, The Driver could ''see the outline'' of The Object. Within seconds of this movement, The Sphere accelerated to an ''incredible speed'' (straight up) – and disappeared. 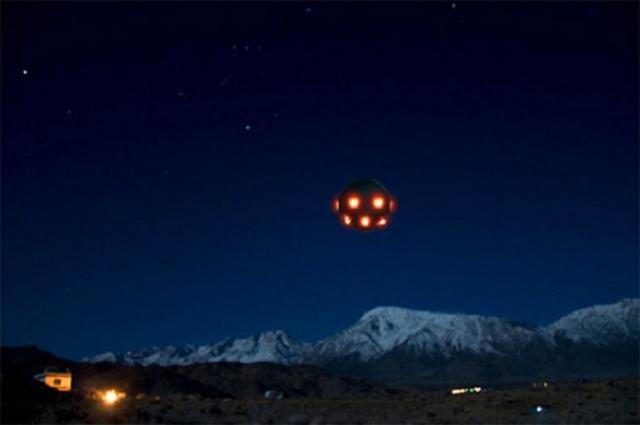