Another well known UFO Sighting Event that made World headlines. The ''Belgian Wave'' (as it became known) - started in November, 1989 and ended some 5 MONTHS LATER in April 1990. The spate of sightings were witnessed by an estimated 15,000 people with up to 2,000 photographs of varying degrees submitted to Authorities AND The Press. Additionally, 3 "known aerial pursuits and engagements" by both Belgian and USAF Fighters were known to have occurred. Seen alone and on groups of up to 4 Crafts, these Objects were shown to be of the "traditional" Black Triangle variety. Noted for their "cluster" of "4 bright white or red lights" underneath the Crafts, they were also noted for their utter lack of noise.

The Triangles were noted traveling at great speeds as well as complete motionless hovering. They were seen as low as 800 feet above the ground to heights ad great as 3,000 feet. In the case of Military contacts, both Belgian and USAF Personnel stated at the time, that on one pursuit, The Triangles (4 of them) traveled in excess of 3,000 mph and executed impossible turns, climbing from 1,000 feet to 3,000 feet in a matter of seconds. One of the more famous of published photographs comes from a civilian of Walloma, Belgium on June 15, 1990. The color photo shows great detail of one of The Triangles. After several months (and MANY hours of Press time), the Official Government response was this. The sightings were nothing more than "mass hysteria" predicated on a Government "experiment" to determine just HOW the Public would actually react to an Alien "encounter". 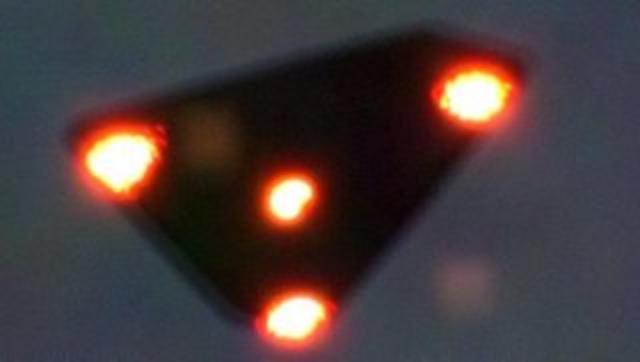