NASA (National Aeronautical and Space Administration) launch Apollo 12, the 6th Mission to The Moon in November of 1969. And while many Astronauts have ''reported'' ''Objects'' either seen or even photographed, a series of pictures were taken by Apollo 12s Crew which were kept ''hidden'' for 30 years. ''Accidentally'' released by an ''unknown Source, close to The Apollo Program'', these black & white photographs show the possibility of Extraterrestrial Contact, when The Command Capsule ''Yankee Clipper'' was ''buzzed'' by first a ''Saucer shaped Object''. The final ''shot taken'' was from The Lunar Surface, which showed a very clear (for 1969) ''image'' of what can only be described as an ''Alien Spacecraft''. Naturally, such photographic ''proof'' was secreted from Public knowledge, and when they did finally ''come to light'', they were said to have been altered. When no such evidence could be found by private sources – NASA ''changed their tune'', by stating that the photos were the result of accidental exposure to light and or radiation. 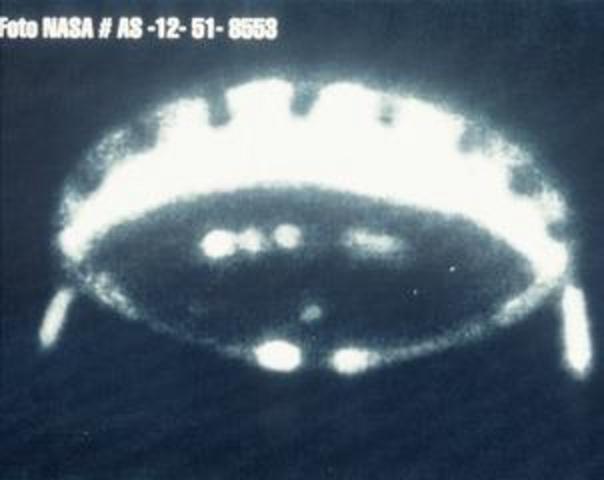