This was perhaps one of the biggest stories of the last 50 years when it was released back in 1995. Reported to have been recovered film footage taken by Medical Examiners at Roswell, New Mexico in the 1940s the 17 minute, Black & White film purported to show ACTUAL Alien bodies being autopsied in a Government Facility. Poor quality and occasionally out of focus, The Alien Autopsy Film created a Worldwide firestorm as final proof of Roswell and alleged Alien cover-up. Compared with the notorious 1963 Kennedy-Zapruder film, every News Station and Television Network wanted ''in''.  Ray Santilli (Owner of the film) sold the Copyright to 33 Countries. And then the bottom fell out . Attacked from all ends, the film was determined to be a Hoax (and was possibly more dissected than the poor Alien in the film!). Of note, Santilli would admit that the vast majority of the film WAS staged. However, he had the original film (recovered from Roswell), but it was in such terrible shape (deteriorating due to age and improper storage), that it could not be used. 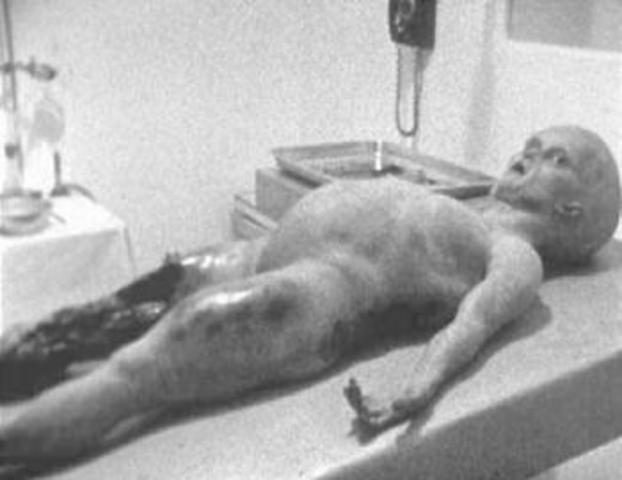