Located in Rio de Janeiro (Brazil) and Tijuca Park, Pedra da Gavea is the name given to nearly 3,000-foot tall Granite mountain peak. It’s unusual name is (translated to ''The Topsail''), is attributed to a 16th Century Portuguese Sailor who ‘’saw’’ The Peak to resemble a ‘’Ship Sail’’. But in centuries to pass, some other Explorers state that The Peak more closely resembles a Human Face. As such, a theory was advanced in the 19th Century that stated that The ‘’Face’’ was the remnants of a long lost Civilization (or at best a Colony of a former ancient one). Several ‘’out of place’’ artifacts have been recovered there – mostly of proposed Incan or Mayan origins, but nothing truly conclusive has been proven. Most Scientists state that The ‘’Face’’ is more akin to the human effect of Pareidolia than anything truly ‘’archaeological’’. 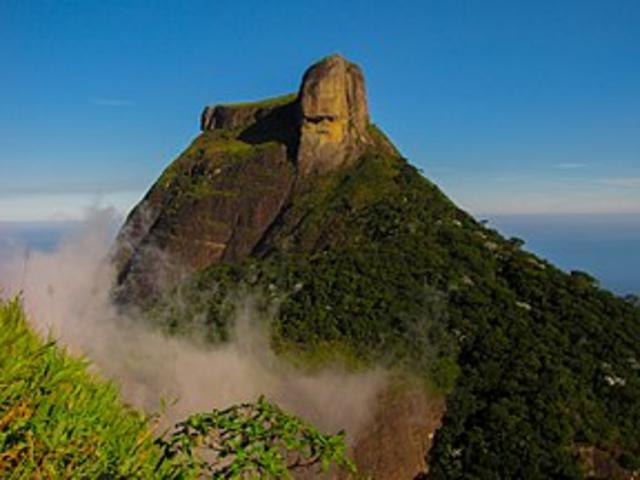