As strange as it may seem, there is a theory that Adolf Hitler' scientific community MAY have solved the Flying Saucer flight technology using Back Engineered methods. Supposedly (some 10 years before The Roswell Incident in New Mexico (US) an Alien spacecraft crashed into woods North of Berlin in 1937). The Occupants were dead, but the recovered technology was very much intact. German Scientist Viktor Schauberger (developer of The Horten Ho229 Flying Wing ), was capable of reconstructing the Alien propulsion system. His device was called The Bell . Using a disc design to accommodate The Bell , he was able to create the first terrestrial Flying Saucer. It was even said he had been able to create (again using Alien Technology), an Electro-Magnetic (EMP) type of weapon (that was installed in his craft as well). It goes without saying that IF this device ACTUALLY A popular notion in the 1950s, many stated that they had seen captured documentation as well as actual prototype machines (which fell into Allied hands, as did the Horten Wing ).

Still others have put these Nazi Saucers firmly into other realms of legend. One states that escaping German Scientists (and Top Ranking German Officials) -used their Flying Saucers fly to The North Pole (to Secret Bases). There, they continue to live Underground continuing to develop their technology! Still, one must think about the massive leap in rocket and missile technology in the 1950s and 1960s (mostly as a result of captured ex-Nazi Scientists). It poses the interesting missive, What If?......... 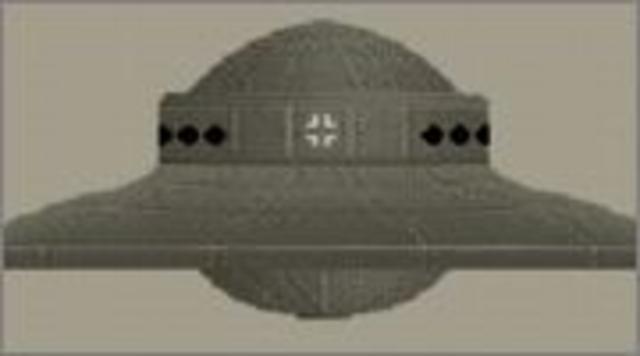