From Aztec (Mesoamerican) Mythology, ''Metztli'' as Goddess of ‘’The Moon and Night’’. Later, She was associated with Farmers. It was due to a ‘’disagreement’’ with The God of The Sun, that Metztli was banished to The Night. At one time, so legend states, both The Sun and Moon were equally as bright. When The Sun God decided to become ‘’brighter’’ so too did The Moon Goddess. This ‘’back and forth’’ became so bad, that Humans could not determine ‘’when’’ Night was nor Day. The Great Creator God forced Metztli to ‘’dim down’’ Her Light and forbade Her from ever ‘’appearing as bright as The Sun’’. In terms of Farming, Aztec Farmers saw it as a ‘’Good Omen’’ when Metztli ‘’shone bright’’ at Night, whereas They could continue Farming under Her light. 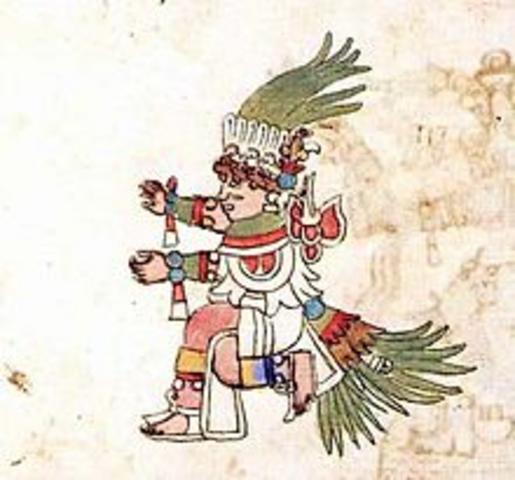