A common Medieval Artistic practice, especially in Russian Orthodoxy, was The ''Hell Icon''. This painting technique, first practiced by illuminating Monks producing Gospels and related Texts, somewhere in the Art work was – often hidden, the image of The Devil or a Demon. While this would seem odd to the modern viewer, such Icons were meant to keep the idea of Evil, constantly in the forefront of a Believer. Thus armed, One would be more vigilant in Their Prayers. Later, around the 13th Century AD, variations would migrate into other European Countries, with the infamous ‘’Hell Mouth’’ motif being the most cited. 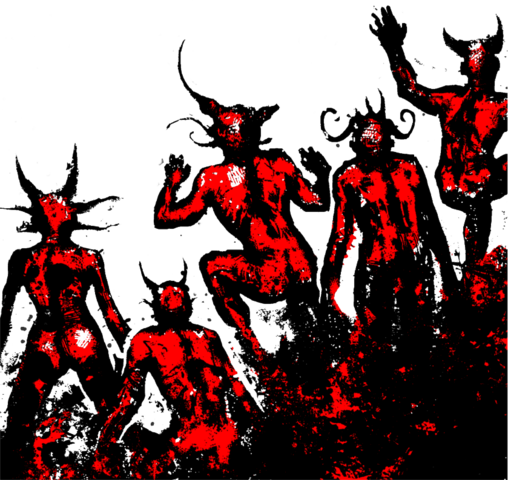