Of Scottish origins, a ''Grimalkin'' as a term associated with both Witches and Their Cats – known as ‘’Familiars’’. As We have seen before, it was widely believed that such ‘’Felines’’ were in fact, Associate Spirits who helped a Witch or Warlock with Their ‘’Craft’’. In the Ancient Scottish Beliefs, Grimalkin’s could also ‘’speak in a Human Voice’’ and were particularly ‘’taken with’’ small Children. This was seen as part of a ruse, as it were. As We have also seen, Witches were thought to be able to achieve ‘’flight’’ (broom or otherwise), with a concoction called ‘’Flying Ointment’’. This was made from the fat of ‘’Virgins and Babies’’. Hence, if a Child was seen playing with a stray cat, it was thought to be a Grimalkin trying to lure the hapless child to it’s demise. The premise of a Grimalkin is also found quite frequently in Scottish and Irish Literature from the 17th thru 19th Centuries, normally as an ‘’Evil Foil’’ which needed to be ‘’exposed’’ and destroyed – in order to ‘’cleanse Oneself’’ of ‘’Evil’’. 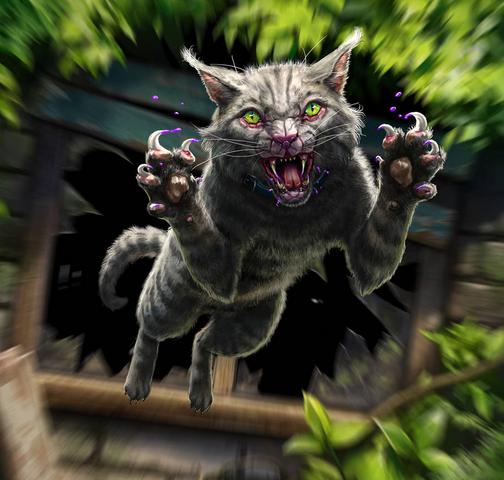