This mysterious phenomena was first reported over The Southwestern skies of The United States (especially New Mexico), from 1947 to 1949. Large, glowing circular balls (or Objects) were reported coming towards Earth. Most thought that these Green Fire Balls were noting more that Meteorites preparing to burn up in the atmosphere. However these re-entries appeared controlled . Coming in at predictable angles of flight (for Meteors), many course corrected and flew along the mountaintops. After several minutes, The Green Balls simply vanished. This phenomenon happened with such regularity, that it attracted people to the Desert to watch them dance . The US Government offered no real explanation other than Aerial Phenomenon . 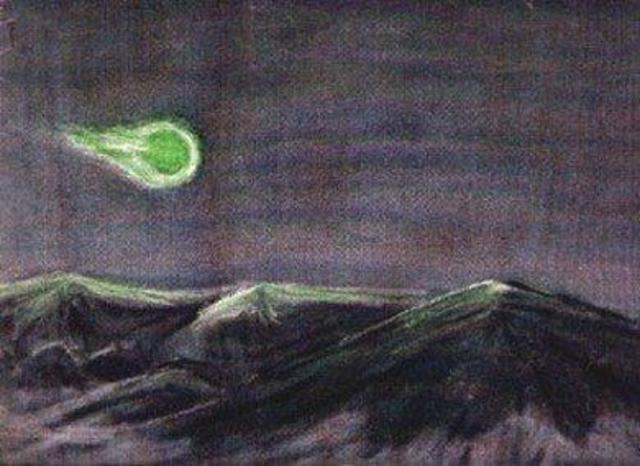