A classic Gothic novel by Robert Lewis Stevenson (1886), Dr. Jekyll and Mr. Hyde, has been a staple in the Horror Community since it was first filmed by Paramount Studios in 1931. The story of Dr. Jekyll is a cautionary tale designed to warn one of the eventual bad luck with tampering with Man's beast nature. Our good Doctor, is aware that Man possesses a dual nature. One good and one much darker (a hold over from our more primitive past). Man must be able to control both. Jekyll creates a formula which will release one's evil nature. Experimenting on himself, he drinks the potion. A strange transformation occurs and our good Doctor is transformed into the brutish and very evil Mr. Hyde. Hyde gives into all of Man's depravities. After several hours, the formula wears off, leaving Dr. Jekyll unaware of what he did (as Hyde). The more he experiments, the more the formula takes hold of him, until he unable to stop Hyde's transformation (at will). Hyde ends up killing several people (and owing to his almost ape-like appearance), he is sought after by The Police. Eventually shot by Police, Hyde transforms one last time into the meek Dr. Jekyll. The story line has been changed and adapted many times (even having Jekyll surviving). There has even been female versions, where Jekyll is transformed into a homicidal woman. The story is often linked to Jack The Ripper (owing to Stevenson's story being a popular stage play in London, at the time of The Ripper Murders). There have been at least 20 different versions filmed of Jekyll and Hyde over the past 70 odd years. 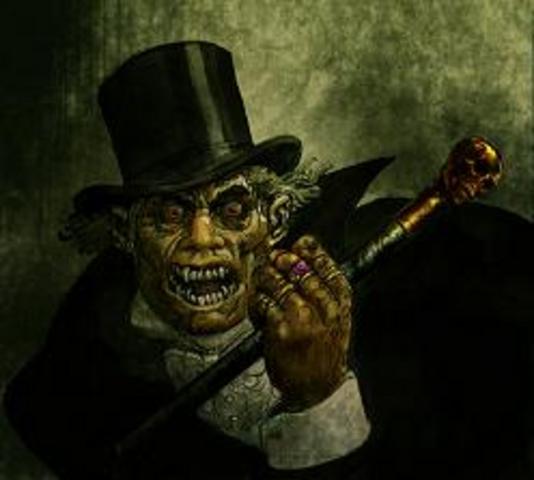