From Ireland, come The Dobhar Chu. Going back to the 17th Century, legend states that this hybrid creature is really thousands of years old. Part Otter, Dog and Fish - The Chu are normally large and can weight several hundred pounds. They make a low screeching noise (a warning of attack) and flipper-like feet. Also known Regionally as a Water Hound, The Chu lives near water. As stated, a 17th Century Galway, Ireland newspaper article tells of a woman who was killed and partially eaten by a Chu. Examples have said to have been killed, but no photographic proof exists. 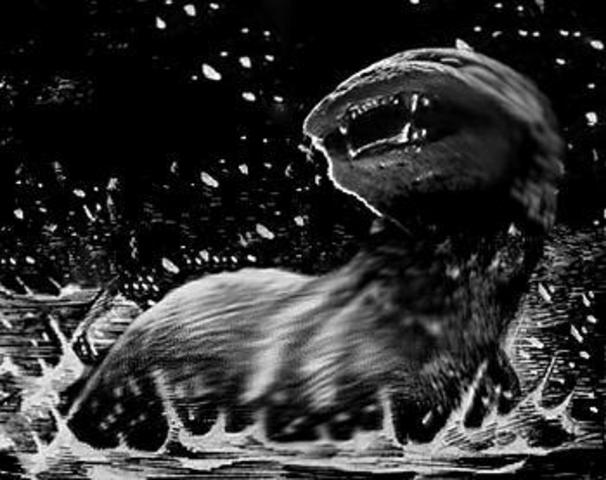