A judicial Process practiced before the 15th Century AD  in some Countries – ‘’Cruentation’’ was a method of determining Guilt. In specifics, against a suspected Murderer. It was thought, that by bringing forth the victim’s body (dead, of course), and placing it in the presence of The Murderer (or Suspect), The Victim’s body would begin to ‘’bleed’’. This was seen as a type of ‘’Divine Message’’. Naturally, wounds of ‘’fresh’’ bodies may in fact – superate, but very few documents on ‘’miraculous bleeding’’ are known to exist (without any form of modern rational cause). After the 16th Century AD forward, Cruentation was widely forgotten. 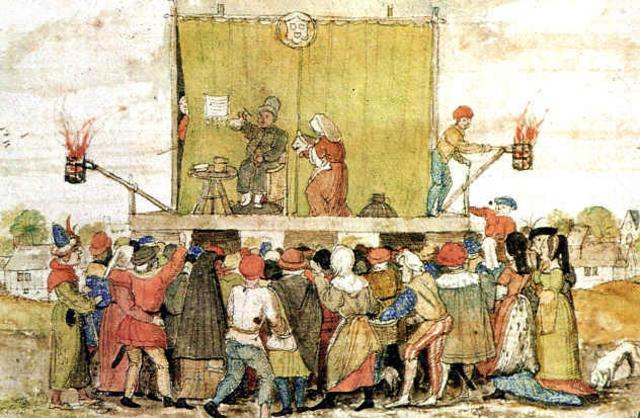