The mystery of The Black Triangles began to develop Worldwide in the early 20th Century (and carrying onward). Many have tried to discredit these sightings of UFOs as part of Top Secret Government programs (such as Project: Aurora). These Ultra-Secret aircraft (while similar in design) are NOT the same as what millions of people have seen throughout the World. These craft are not the shy and elusive spacecraft normally reported. The are quite large (speculated at several hundred to several thousands of feet in length and diameter). They are also silent (making no tell-tale noises). Triangular-shaped (generally), they are noted for the series of lights often seen mounted underneath the craft (often arranged in three's ). They are also NOT SHY. They appear to fly several hundred feet (or lower) over Highways and Cities (often flying quite slowly at first and then accelerating at fast speed).

They change directions at angles that normal even stealth aircraft can't achieve. In April of 1990, a Black Triangle was seen (reported and filmed) by many hundred of Belgians. Later claiming to be a Hoax, many are still not sure if the Hoaxer was real or pressured . In Suffux, England in 2002 and 2005 a Black Triangle even landed (although much of this story was censored by The English Government). The Black Triangle Corridor was touted as a Highway of sorts for these crafts over the American States of California and Nevada in the mid 2000s. Hundred of reports (daily) were made by people from ALL stations in life, claiming to see these Unidentified Craft. 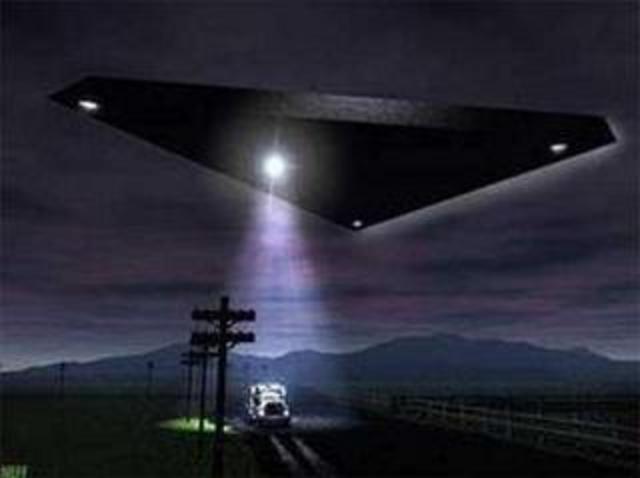