In a leaked Case Study from 1989 and the former Soviet Union – an Incident known as ''The Russian Roswell'' Crash, involves the attack on an Unidentified Flying Object which was supposedly shot down over Prohladnyi, Russia. On August 10th of 1989 – Soviet Ground Radar detected a ''massive, Disc-shaped Object'' in the skies. All attempts to identify the Craft went unanswered. The Military launched Fighter-Interceptors and Surface to Air Assets were alerted. The order came to fire on The Craft, which was ''taken down'' by a single Missile. The Object crashed outside The City of Nizhnizy Chegem. Immediately, a massive recovery effort was made. Cordoned off and all information in or out of the site was tightly monitored. The Craft was said to have been taken to a nearby Soviet Air Force Base for examination. It was later determined that (3) ''Alien Bodies'' were still inside. (2) were dead (crushed) and the other was ''still alive'' (but barely). Despite efforts to save ''The Being'', it died. Many UFOlogists find that the massive advances in certain types of Soviet ''Stealth'' Technology and related, may have come from Soviet (and later Russian) Scientists who managed to ''back-engineer'' Alien Technology. 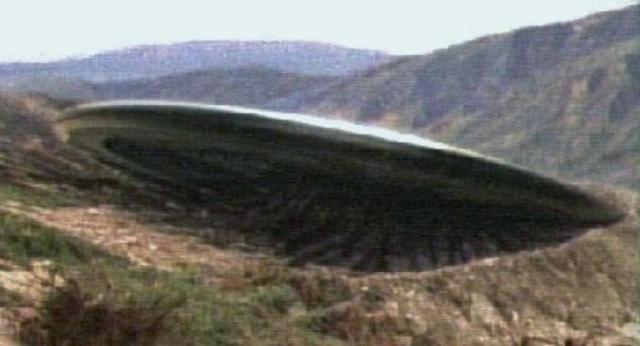