Creating ruins always adds a new level of depth to any scenario, and it's disappointing that Stronghold 2 does not come with this feature in the editor by default, just as Stronghold 1 allows. However, there is an easy workaround which can be used to generate ruins in Stronghold 2. To simplify this process any ruins should be placed first.

Failure to do so may result in your map not working correctly. This is because we will use the sav-to-map trick, which will turn a saved game back into an editable map file. It's worth noting that Stronghold 2 does not seem to like the sav-to-map trick as much as Stronghold Crusader did, and can react badly to you using this trick. Also note that you cannot make a ruined Gatehouse at all. First of all, when you open up Stronghold 2, make sure you go into the map editor and select to make a new map. 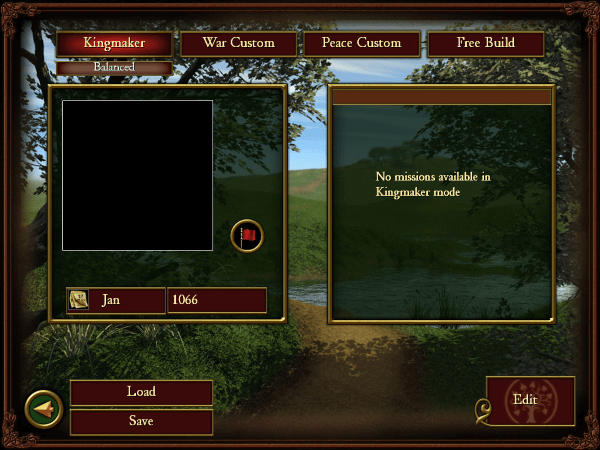 Now place whatever you would like for your ruins. This could be a single tower, a stone wall or maybe even a complete castle. For the purpose of this tutorial, I have placed down a single Great Tower. You can place rivers, trees or other landscaping details later, but the less you do before you make the ruins, the better. 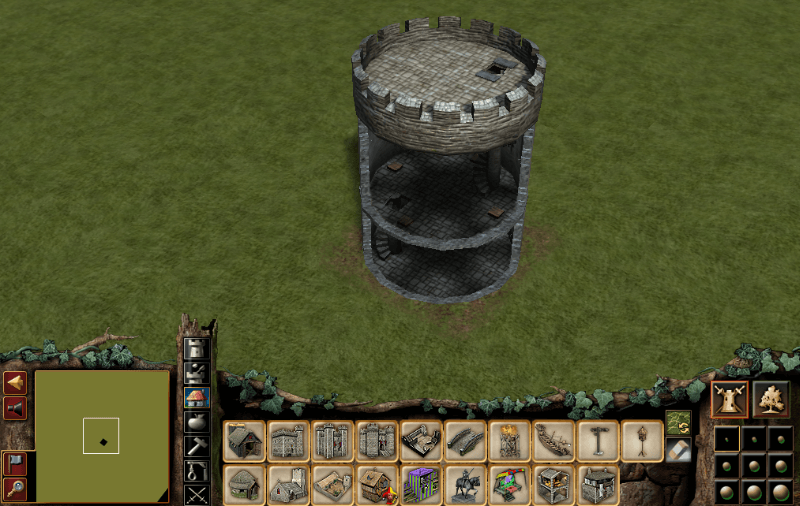 Next select the second smallest icon on the 'brush size' pallete. You now need to create two seperate estates of a single stroke each. Make you sure that you leave the red estate unoccupied and place a castle marker in each of the other two estates. 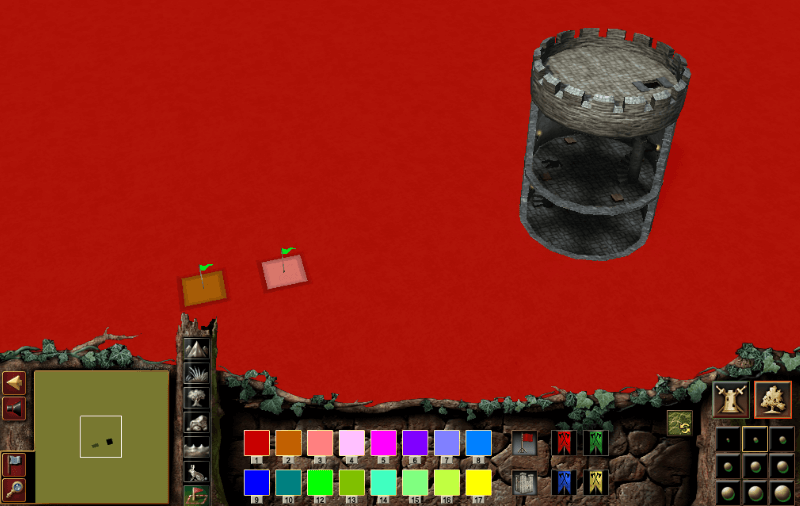 Place several catapults near the structure you have built and want ruined - make sure they belong to the player. Once this has been done, save your map as a Kingmaker map. The name is of no importance, as long as you can remember it. Open it up in the Kingmaker menu and select any opponent. 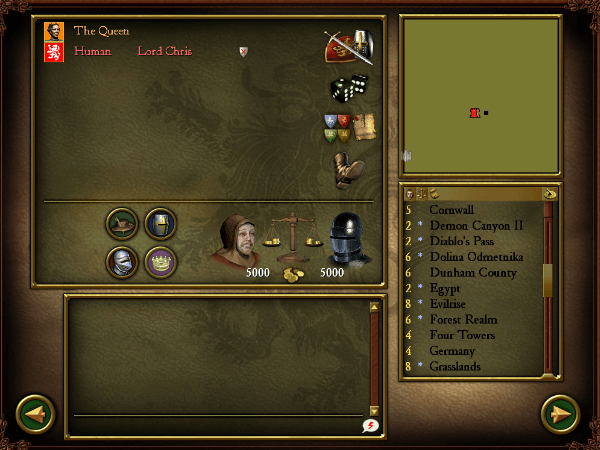 Once you have opted to play, attack the wall, tower or whatever structure you have built in the editor with the catapults using the 'attack' icon. Make sure you watch how destroyed your towers are by left clicking on them, and stop firing once the tower is in ruins but not fully destroyed. Once you have finished destroying, disband your catapults then save the game. Again - the name of your save is of no importance. 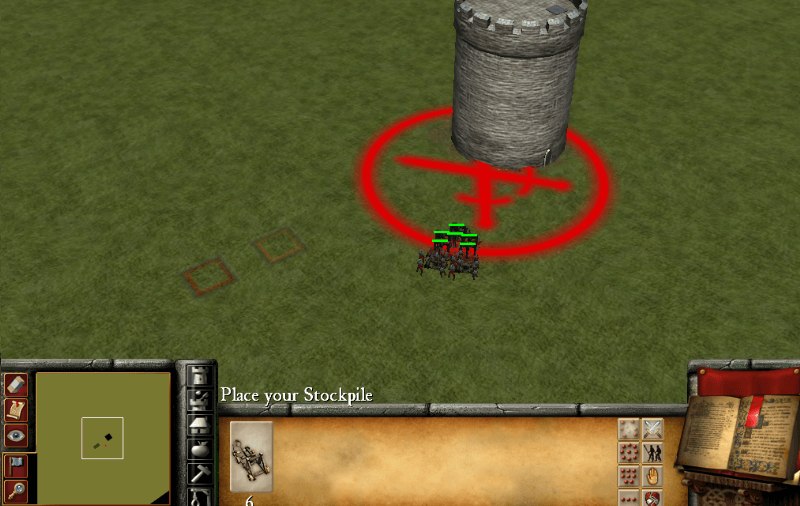 Finally, open up your new saved game in the map editor - it's as easy as this! 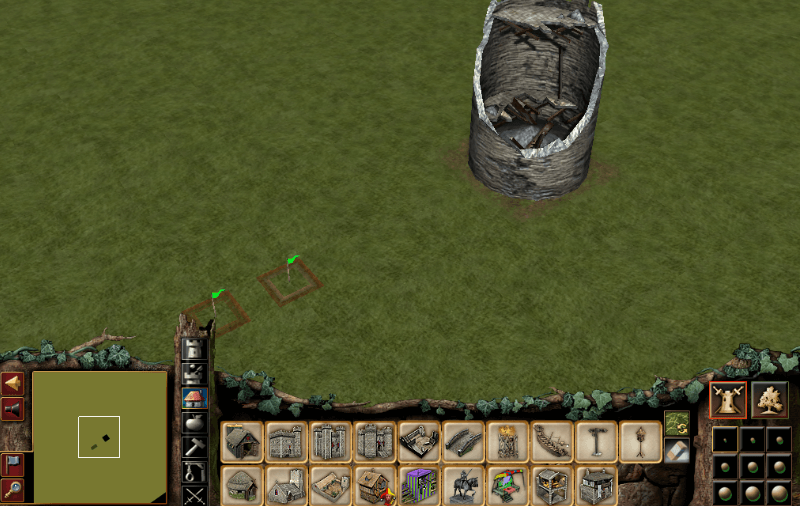 Ruins can really transform your map if used correctly, and there are some fantastic examples of this available. Though it takes a lot of practice to get it perfect, it's well worth it - just take a look at the following screenshots! 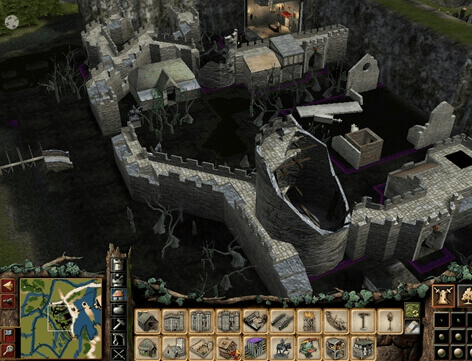 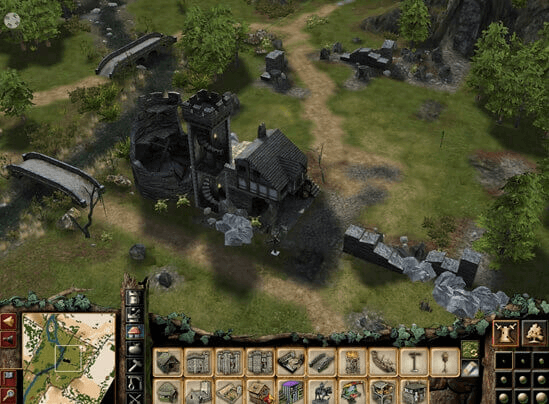