The Zouave was a French Light Infantry Classification, popular from 1830 until the early 1960s. The name implies not only the type of Infantry, but was used to describe their flamboyant Uniform. The Zouave was found mostly in North Africa (which featured many Territories under French Colonial control), originally The Zouave was formed from local Berber Tribesmen of The Zwawa Clan (hence the French pronunciation later of ''Zouave''). In time, French Colonial Soldiers, to include The Foreign Legion, adopted the Title and Uniform.

The colorful clothing included bulbous Pantaloons and a short, form fitting Shell Jacket. Often (depending on The Unit), a Fez, Turbaned Hat and later Kepi (Cap) was also adopted. Bright hues of Blue, White and Red – often featuring various pipings, were the norm. The uniform was seen as a means of keeping The Zouave Soldier cool in the often harsh North African Desert.

The uniform style would become very popular with other European Nations – and especially in The United States from the 1850s to 1860s, with Home State Militia Regiments. At the time of The American Civil War (1861-1865), The Zouave style was adopted by both North and South Regiments, early in The War. Most would be replaced with the more functional Infantry Uniform of Frock Coat and Trousers (although The Kepi would remain standard). Later, France used The Zouave Units as a more Ceremonial Unit, replacing most in the early 1960s with traditional Infantry and Light Infantry Units. 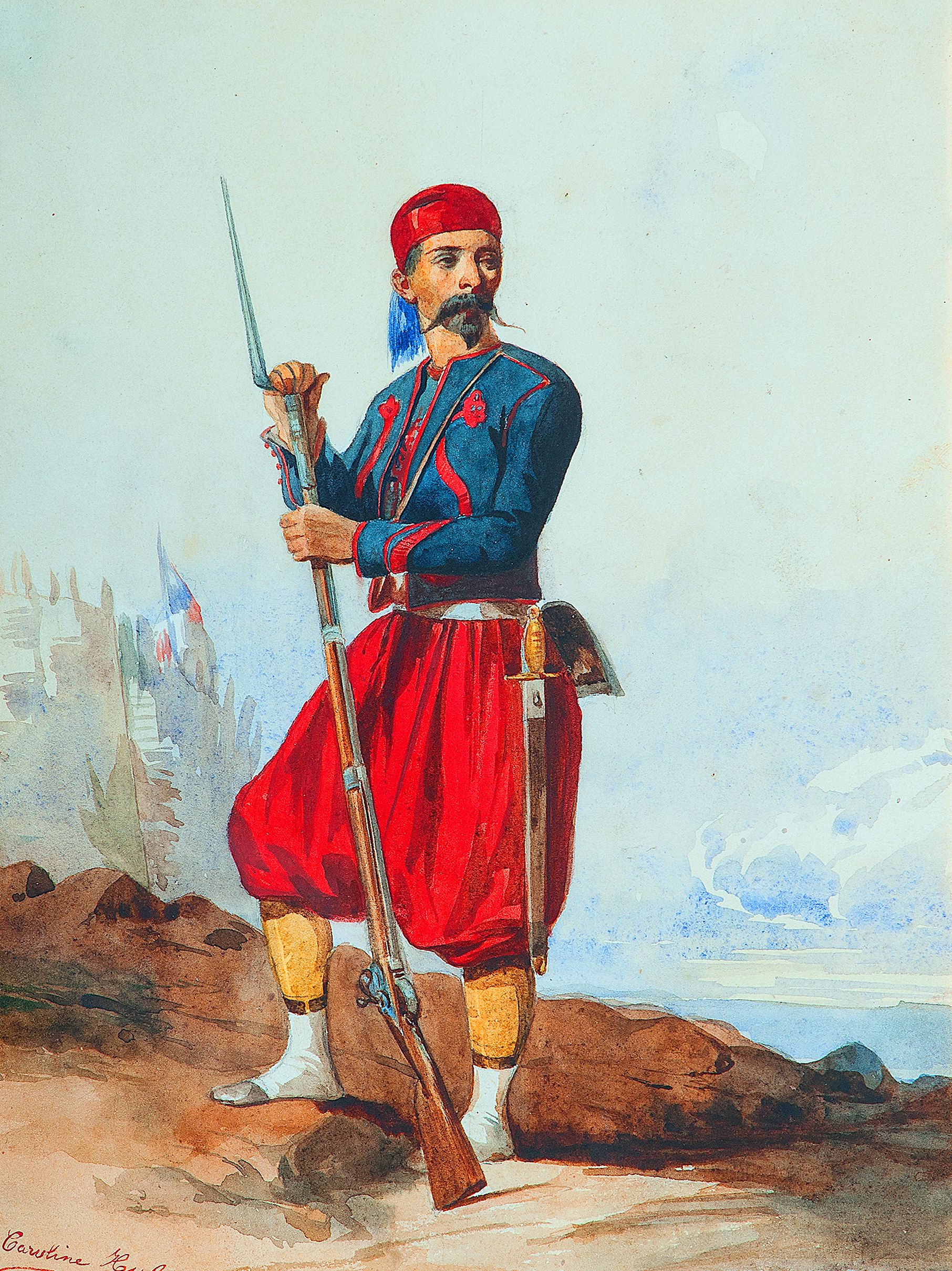