The standard sidearm of Greek soldiers from the 4th Century onward, The Xiphos was considered a secondary weapon to The Doru or Akontia. Although training was stressed, The Xiphos was considered a Melee weapon of sorts (to be used in close quarters fighting or in “finalizing” the battlefield of the dying). Some Greek City States (such as The Spartans), put more emphasis and training into the Xiphos than others. Noted for it's unusual shape, they were made of bronze. They ranged from 2.5 to 3 feet long and featured a curve to the blade. A broader extension to the blade is seen as the blade goes forward to the tip. The Xiphos was single-edged. It also featured a single small Crossbar and an angled handle (for better grip). Often a slightly wider and flat pommel was attached to provide a close quarters striking head. They were known to be carried both in scabbards and worn plainly from one's belt. Some Hoplite Cavalry were known to carry slightly longer and heavier versions of The Xiphos, called The Kopis – or “Chopper” (both were comparable to the Roman Gladius and Spatha Swords). 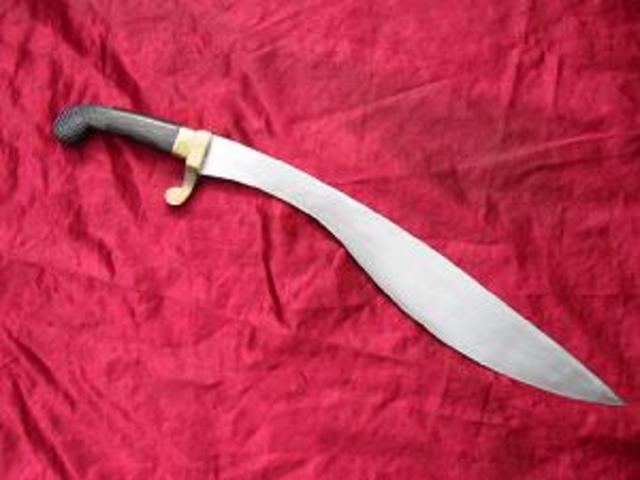