Developed in 1862 by Capt. Dr. Williams (for The Confederacy) - during The American Civil War (1861-65), The Williams Gun was considered an “Auto Cannon”. Designed to fire a 1-pound shell, it was a breech-loading weapon (operated by a hand-crank). A sliding breech allowed the loading of shell and cap (primer), for firing. With the sealing of the breech and subsequent turning of the hand-crank, shell would chamber and fire. Ejection was also accomplished in this fashion. It was documented to have a effective range between 800 and 2,000 yards. It was a light and supposedly effective weapon for use with cavalry (as a “Flying Squad”) – some 40 were built (to create 7 batteries). Touted at being able to fire 65 rounds per minute (but closer to 20). Many were captured by Union Forces. Problems that stopped mass production included shells tumbling off course and overheating of the barrel. 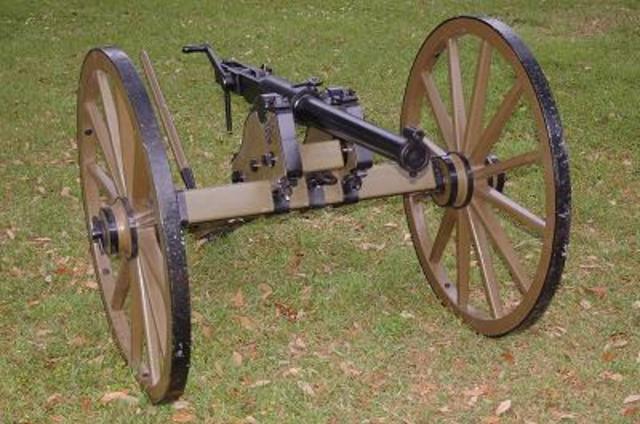