Known as ''Russian Bill'' – William Tattenbaum was born in 1853 in New Mexico Territory. His nickname came from Bill's assertion that He was of ''Russian Nobility, by blood'' (although this has never been proven). Little is known of His early life before that of Outlawry. Bill was said to be an ''immaculate dresser'' – wearing expensive clothes and spending ''great attention'' on His ''Personal appearance''. He became well know as a Cattle Thief in The New Mexico and Arizona Territories (which brings Bill to Tombstone, Arizona and into the company of one William ''Curly Bill'' Brocius, leader of the infamous ''Cowboys'' Gang).

By 1878, ''Russian Bill'' was part of The Gang and was a close friend of The Clantons (of The ''OK Coral Gunfight'' fame) However, with the appearance of The Earp Brothers in that Town, ''Russian Bill'' and several other Cowboys left Town. They moved to Shakespeare, New Mexico. Commencing with His ''Cattle Rustling'' ventures, Bill would be captured and arrested (placed in The City Jail). However, Citizens of The Town had had enough of the constant issue with Cattle Rustlers of late. They stormed The Jail and took Tattenbaum (and another Criminal) to the outskirts of Town. Bill supposedly ''cried and begged for His Life'' to no avail. He was lynched (hung) in 1881 at 28 years of age. His Grave is still unknown to date. 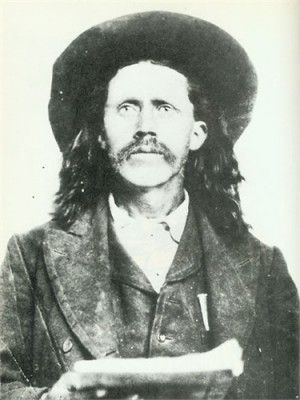