A Hero of America's War for Independence, William Jasper was possibly a German immigrant who came to The Colony of Pennsylvania in the 1760s. Illiterate, Jasper moved to South Carolina for employment at the start of The War. He joined The 2nd South Carolina Infantry and his natural leadership abilities got Him promoted to Sergeant. His Regiment helped to repulse The British Invasion of South Carolina at Ft. Sullivan (later Ft. Moultrie) in 1776. In this His ''legend'' was started.

With The British Forces engaging by Sea against The Fort, it's Flag (later known as The ''Moultrie Flag'') – was shot down from it's Staff. Jasper's Regiment began to falter under the Artillery fire. He climbed up the parapet and retrieved The Flag. Attaching it to a Cannon Sponge Staff, He held it aloft to rally His men. He received no wounds during his daring act. So impressed, The Governor of The Colony wished to present Him with a ''fine Sword'' and promote Jasper to the rank of Lieutenant. A humble Jasper declined – citing his inability to read and write would be embarrassing as an Officer.

Jasper would continue as Sergeant with His Regiment until He was assigned as Scout. He actively led Patrols in the backwoods of South Carolina – attacking British Patrols. His band was said to have captured hundreds. His heroism again was tested in 1779 at The Siege of Savannah (Georgia). In a repeated scene, British guns cut down His Regiments Flag Bearer. Jasper sprung into action and retrieved The Colors, This time, He was not so lucky. Mortally wounded, William Jasper never dropped His Colors until He was safety back behind His Lines. He died upon reaching them.

To his honor, many small Towns and Villages were named ''Jasper'' in both South Carolina and Georgia. Additionally, many Statues were raised to His heroism as well. 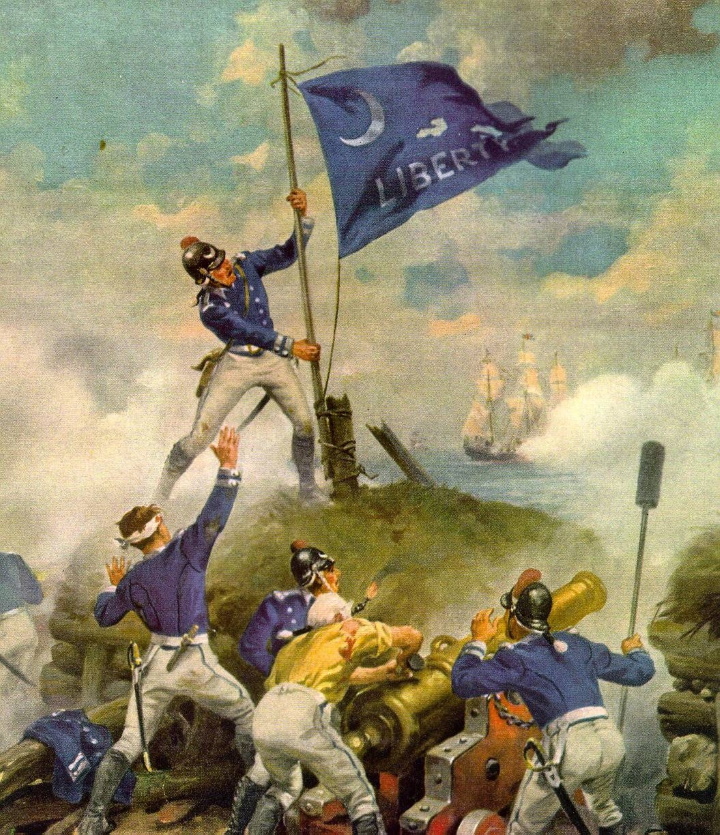