William Bartholomew Masterson (nicknamed Bat), was another who led a colorful life. One time Buffalo Hunter, Army Scout and Gambler, “Bat” Masterson became a Deputy Marshal in Dodge City, Kansas in 1877 (his brother was also a serving Marshal there). Becoming acquainted with Wyatt Earp, he made name for himself in Western Law Enforcement. Moving on to being a Sheriff in other Kansas towns, his brothers was eventually murdered by Outlaws. Revenging his brothers death, he would receive a near fatal wound in this battle - to his pelvis (requiring him to use a cane – which would become another part of his legendary persona). He served as Sheriff in Colorado until 1883, when he retired from Law Enforcement to became a Newspaper man (relying on his previous fame).

Masterson used the standard Colt 1875 .45 Caliber Double Action Revolver, until he had a custom 1885 Colt .45 made. It featured a reinforced 6-inch barrel with blackened ivory grip. The trigger and hammer components were modified for “fast fire”. Unusual for it's day, the weapon was also designed without the trademark bluing (giving it a golden appearance). 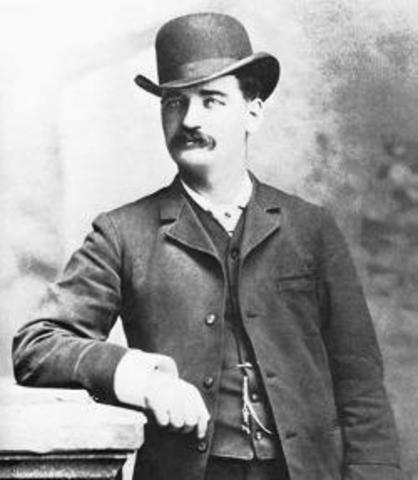 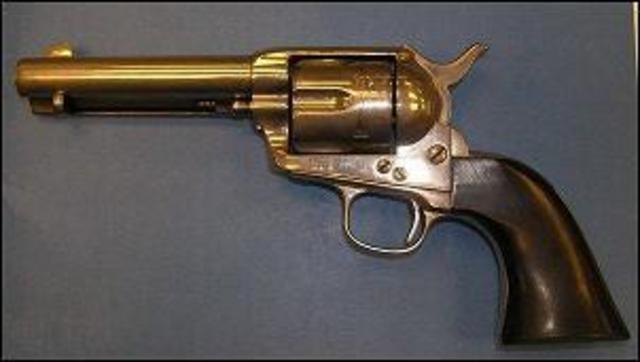