The Wedge Formation is perhaps on of the first battle Formations implemented in warfare. Used in Ancient Greece, primarily by the legendary Spartans, it was effective against mounted soldiers (Cavalry), and was more maneuverable than the later Testudo. The Wedge could be deployed with lesser numbers (8 to 10), but was used mostly by Forces larger than 100. In ancient Rome, The Wedge was a standard full Legion maneuver. It too employed the Scutum Shield as it's basically component. A Formation of soldiers firmed a "V"-shape. In larger versions, the stronger and more Veteran Units comprised the Center (or top of The Wedge (facing outward). Flanking back and outward, the side "wings" of The Wedge opened. In the center was The Formation Commander as well as possible Reserves of varying number.

Again employing a Half-step foot movement. The Formation could move in any direction needed (when needed). In an "anchored" position, The Wedge was used to repel Chariots or Horsemen. In this maneuver, Shields were placed into the ground and anchored with the body of the soldier. The Wedge was used extensively by Rome and other Empires from the 2nd Century BC through the 9th Century AD. It was adapted as needed Infantry maneuver from The Middle Ages forward in military history. It's principle drawback developed with the advent of firearms and of course, Artillery. The Wedge is still used in Urban Pacification Tactics by Law Enforcement Agencies worldwide, still. 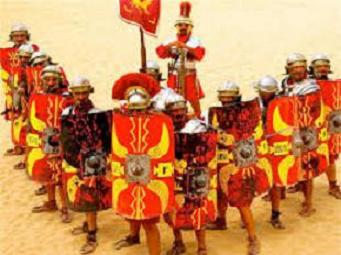