''Wattle'' was a construction style most popularized by The Tudor Era (16th Century AD). While it's design and construction can be trace to at lest 6,000 years prior, it was used with great effect during The Tudor Reign. Used most in the building of permanent fencing enclosures, ''Wattle'' involved the use of older, non-viable wood (from tree branches and bushes), to form a fencing . In application, Wattle was constructed from the placing of wooden posts into the ground to form the support line of an enclosure. Next the adding of stray branches, bent and twisted - from one post to another. This was repeated multiple times to produce a ''filled space'' between posts. Once filled, the filled center was covered with mud. When dried, a very sturdy and solid center was f8lled. This method was duplicated many times to create a ''solid fencing''. The style identified as ''Wattle'' would continue until the 18th Century AD. 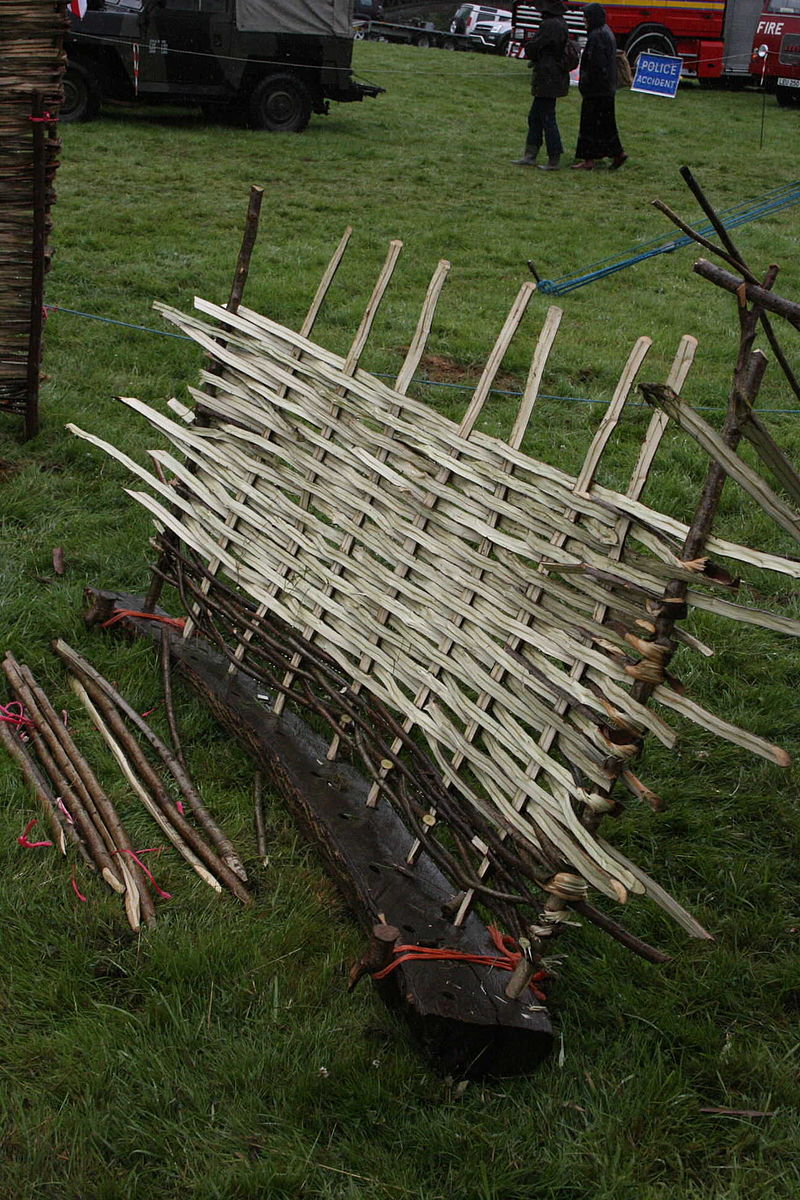