Developed in 8th AD Century Greece, the much later named "Wankel" Shield was a small light-weight self-protection component. Used by Mounted Troops. Designed similar to European Jousting Shields, they were constructed of plates of reinforced iron. The odd elongated "lozenge" shape was thought to be easier for Armored mounted Troops to be able to carry into battle. The width was around 3 feet with a length of 3.5 feet. They normally decorated, with Center  Shield Bosses often incorporated. The style was seen briefly in use with several Germanic Nations, which called them "Wankel" (in reference to their unusual shape). Not seen much in Greece after the 10th Century, some German examples prevailed into the 12th Century. 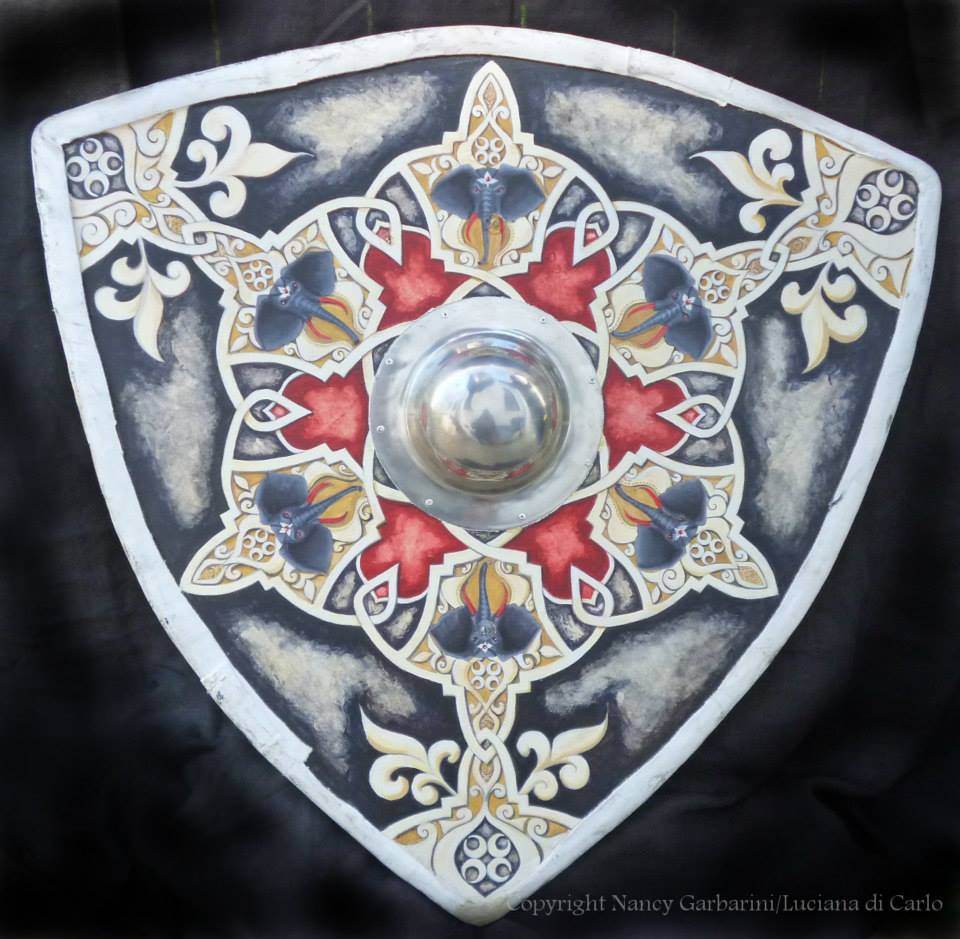