The Waldensians were a heretical sect that were made up of followers of Peter Waldo. Waldo had been a wealthy Merchant in Lyons, France – who after a deeply “religious experience”, gave away all his wealth to the poor and became a Mendicant Preacher (Beggar Priest). His goal was to care for the poor and needy in a real sense (and not just talking about it). This was a radical move in The Middle Ages. Requesting an audience with Pope Alexander III in 1179, Waldo was granted permission (reluctantly), to formally preach Publicly. However, Waldo and his followers began to lay the real blame for the poor and needy at the doorsteps of Rome (and The Church). This would cause him and his followers to be deemed as Heretics in 1184. The Waldensians began to attack the “validity” of The Sacraments, when given by Priest's that they deemed “unworthy” (and there was no doubt many). They further decried the veneration of Saints and Holy Relics (Relic veneration a popular past time for may collecting Kings and Queens). War (for any reason) was condemned. The sect spread very rapidly throughout France, Germany and Northern Italy. However, Pope Innocent III declared “War” on them, capturing many hundreds and subjecting them to “judgment” (torture). After several years, The Pope issued a Papal Bull – forgiving all Waldensians IF they renounced their past association with the sect. Almost all recanted (with a very small few holdouts, mostly in the mountains of Italy). By the start of the 17th Century, the sect was dead. 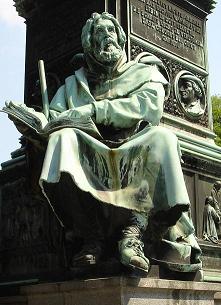