Seen today as a ''Super Highway'', the so called ''Volga Trade Route'' was a primary commerce trade between The Rus Empire and The Sasanian Empire (Middle East) starting in the 8th Century AD. Using both waterways and overland routes, it served in establishing trade between the two. In addition, Cultural exchanges greatly advance both Empires. Along with traditional commerce, The Sasanian traded vast amounts of silver ore with The Rus (used as a form of currency when refined and struck into such). The Volga Bulgars, a self governing State within The Kievan Rus – also used The Route to trade as far as The Byzantine Empire to the Far East.

In addition to trade, The Route was responsible for the creation of many settlements which would develop over time into major cities, such as Moscow. However, with most water sources ending in The Caspian Sea (at The Route's end), along with the development of bigger Ships for trading with other Nations would serve to slow up the Route's important usage by the 11th Century AD. This with the ''drying up'' of Middle Eastern Silver Mines (due to over production), would result in it's overall end by the 13th Century AD. 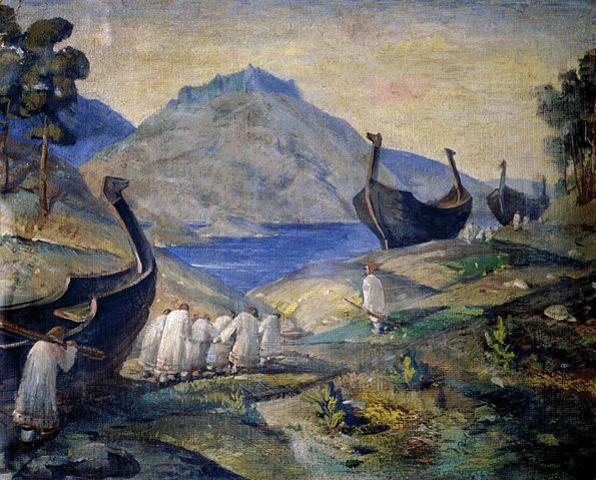