Derived possibly from Frankish influences, The Title of ''Vogt'' was a Germanic issuance from around the 7th Century AD. It was bestowed upon certain Noble Families loyal to The Holy Roman Empire. The Vogt was akin to an Overseer of Royal Lands and Regions.

Expected to collect taxes, enforce Edicts and raise Armies when requested by The Emperor (and later Kings), The Vogt was a Title also later adopted by The Church (10th Century AD). The duties were similar.

As late as the 15th Century AD, A Vogt could be found in most Upper European Countries, and exerted great power and influence. England did not have an equivalent position. By the 18th Century AD, the Vogt had evolved to that of Mayor or City Administrator. 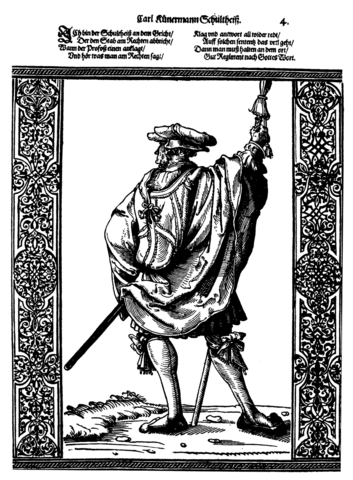