Originating with The French Army around the 18th Century, the “Male” form was known as a “Vivandier”. These were serving Soldiers who also supplies non-issued items of need to other Soldiers. They worked from both structures (Canteen) or from horse drawn wagons. They were comparable to the later American Civil War “Suttler”. In time, these Vivandier’s were too pressed by their regular duties as Soldiers to maintain their supply position. Often, their wives would assume the role. They became known as “Vivandiere”. Eventually, Women took over complete duties. These Women would often don similar Military Uniforms (sans Trousers). Additionally, many carried bladed weapons (such as Swords). Often, their uniforms were brightly colored and adorned. Both Spain, England and Italy at different points – adopted The Vivandiere. When The American Civil War broke out ion 1861, both Union and Confederates briefly used Vivandieres. They would continue with The French Army until the end of World War I. 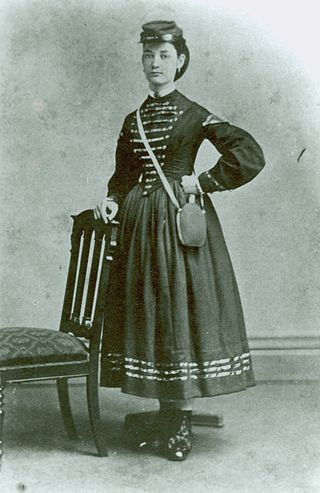