The Visor was the most simple form of recurring face protection for the standard Medieval helmet. All helmet protection offered a visor (with the exception of an Enclosed or certain Great Helms). Most protective head gear prior to the 10th Century featured an open face (with the inclusion of perhaps a Nasal Strip). The closed face development afford maximum protection to the wearer's face. Most often spring loaded or affixed to a swivel stud, The Visor could be opened (full face and upwards), to give the wearer the ability to see (or have ventilation). Visors were also known as “Breaths”. Some were solid (or featured decorative breathing holes). Variations seen from the 15th and 16th Centuries were even designed to feature “double plates”, or two visor which met in the center. 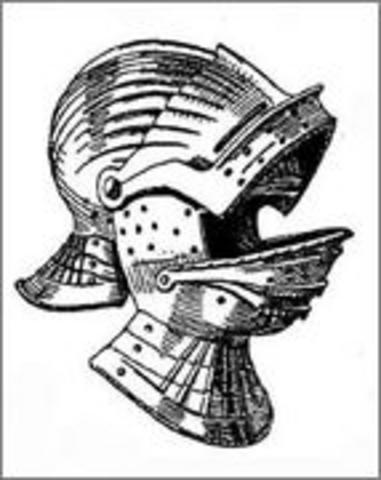