An American Colonial Military Formation mustered into Service for The Revolutionary War against Great Britain (1776-1783), The Virginia and Maryland Rifle Regiment was a Composite Unit. The Regiment was formed from various unassigned smaller Units of Infantry from both The Colonies (later States), of Maryland and Virginia (9 Companies of roughly 480 Officers and Men). The Regiment was unique in that each Man was an accepted and proven Sharpshooter with a Musket. In essence, The Regiment was among the first American ''Sniper'' Formations.

However, their ''fame'' was never truly realized. The majority of The Regiment was captured by British and German Mercenaries only 5 months after Formation, at The Battle of Fort Washington (New York, 1776). Reformed under orders from general George Washington, those survivors were merged into Daniel Morgan's Provisional Rifles (''Morgan's Rifles''). In this guise, The Regimental would remain in active service until 1780. The Regiment was further noted for it's unique Uniform color of all White, with Light Blue Trim. They preferred the iconic ''Pennsylvania'' .69 Caliber Musket. 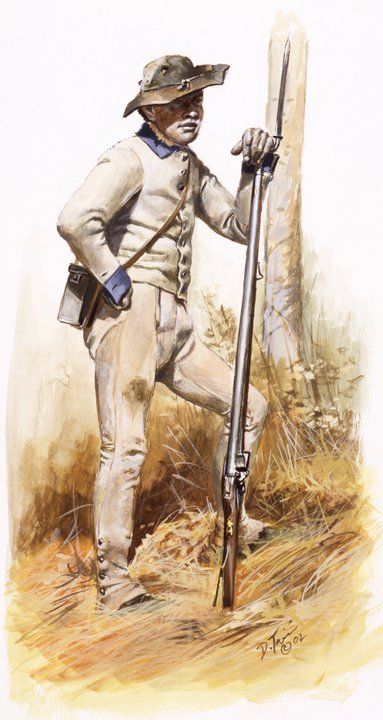