While in European terms, a ''Flail'' was seen as a Class of Medieval weapon which was constructed of two components. A Handle (wood or metal), and an attached chain or rope extension which featured a wide variety of striking Heads. These were used a s blunt force trauma weapons. In 15th Century Southeast Asia, The Nganh Tien was known as a ''Flail'' weapon.

The term ''Flail'' was used differently in Asian Culture, to mean the swinging or overt slicing motion used to operate a device – in this case a small Demi-Sword known as The Tien. These were 2-foot long blades which were segmented throughout. Each segment extended .01-inch from the blade body. Tiops were not sharpened to a point and no blade or edge surface was incorporated.

Handles were very much standard to a traditional one of The Era, measuring 8 to 8-inches – made of wood (and well decorated). The purpose of The Tien was to ''whip'' or continually strike a Foe. This would lead to severe soft tissue damage (at least) or broken bones (at best). The Ngahn Tien would be seen in use by certain Palace Guards until the 19th Century AD. 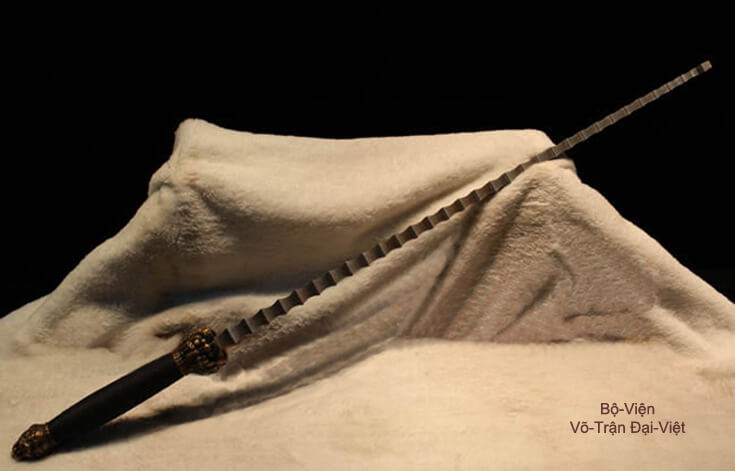