The ''Vienna Genesis'' is a Syrian illuminated manuscript date from the 6th Century AD. It is considered by many to be the oldest surviving Biblical Codex known. Written in Greek Septuagint, only (24) folios have survived from what was no doubt a complete Old and New Testament. Now, only The ''Book of Genesis'' fragments have survived. Written in Uncial lettering, The Vienna Genesis also is heavily abbreviated (which was unusual), which denoted somewhat a lack of great skill in it's compilation, with much more emphasis placed on the richness of it's illuminated imagery. Calfskin Vellium was used to construct the folios. The entirety was dyed Imperial Purple (much like the famed ''Purple Parchment Codex'', of previous discussion). This means it was commissioned for a Noble Family). The Codex is currently kept at The Austrian Library, Vienna. 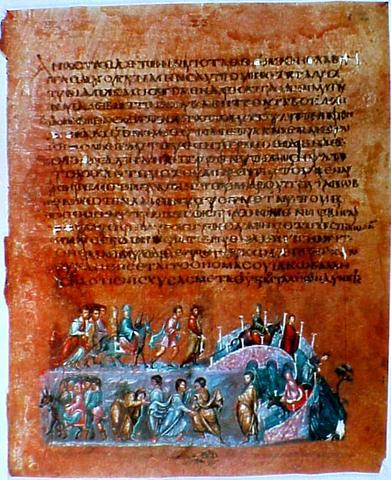