A longstanding Roman Military Tradition which went back to The Republic Era, the award of a "Victory Cup", was among the most attainable of awards for specific deeds on the battlefield. Victory Cups were given to all Ranks of Soldiers. Often made of Silver or Gold  (with Gold Cups given to Officers), The Cup was often inscribed or decorated with images of War, Battle or Heroism. In some cades, they featured Roman religious images. They could be given for all manners of "Manly Acts". These could include the saving of a Comrades life, capturing and Enemy Standard etc. Victory Cups were often seen as "financial rewards", and were often sold for their worth. 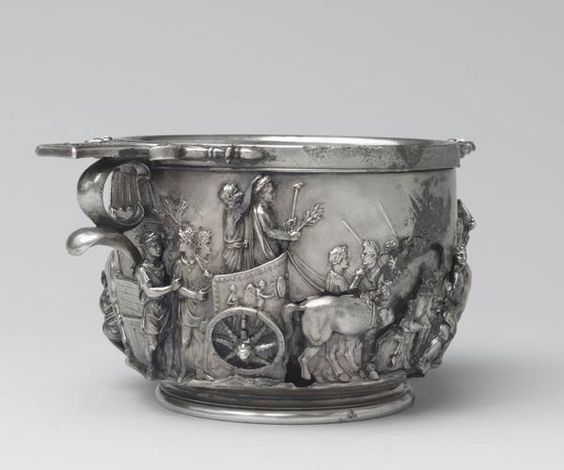