Developed from Germanic and Flemish origins, Armorers constructed these early and primitive wrought iron cannons to be used on mid-13th to 14th Century battlefields. Roughly 8 feet long, they could weight as light as 150 pounds to several tons. A breech loading weapon, they resembled today's light mortar. Powder and shot (stone or iron), was poured int the top. The braced by a stone support (or a simple hole dug into the ground (for support and stabilization). Veuglaire''s were much smaller than Bombards. As better cannon and delivery/transportation systems were invented, Veuglaire's ceased to be used. 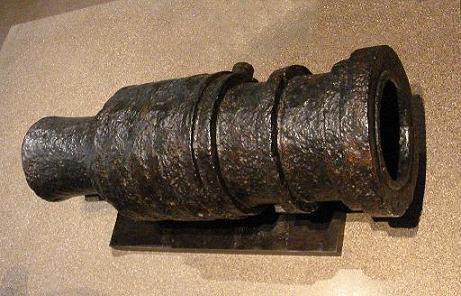