The term “Vedette” can be linked to many different Military uses. In Cavalry (or Mounted) Units, The Vedette was in essence a Mounted Sentry. Much like their Infantry counterparts, the goal of The Vedette was to be posted along a known Defense or Offensive Line, to monitor possible Enemy attacks or movements. Unlike the Infantry however, The Vedette was capable of moving much faster to spread an alert. No special type of Soldier was needed for Vedette duty. It was assigned much as other field duties were. The Vedette was given a much larger zone of Patrol that an Infantry Sentry. They were expected to cover much more ground. The Vedette carried his normal Cavalry weapons (of an Era), with most leaving their sabers behind in lieu of Carbine and Pistol. Vedettes were seen around the 17th Century in general usage with most European Armies who maintain a Cavalry Branch. Their usage would continue well into the early 20th Century. Today, they are mostly replaced by wheeled vehicle reconnaissance personnel (who operate the very same way as their earlier counterparts did). 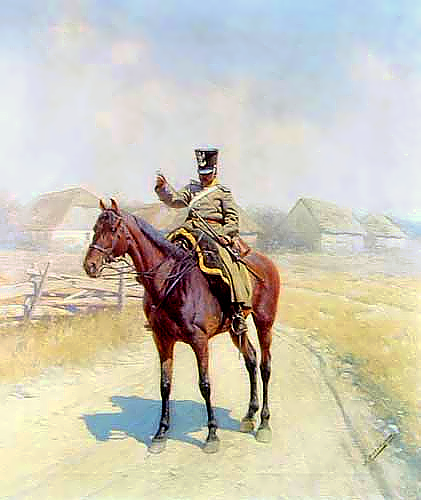