During The Barbary Wars (Coast of Africa, 1815) – ''United States'' fought several engagements against The Barbary Pirates. Later, She was sent to The Pacific Squadron (1823) – remaining on duty until The Mexican War (1846). She was instrumental in The Capture of Monterey (Spanish California). Placed into Reserve in 1849 – ''United States'' was rotting away by the start of The American Civil War (1861). When The Naval Port at Norfolk, Virginia was raided by Confederate Forces, Federal Soldiers burned ''United States'' to prevent Her from falling into Rebel hands. The Confederacy nonetheless raised Her sunken Hull and repaired the Vessel. ''She'' was refitted as The CSS ''Confederate States'' (1862).

In 1864, Norfolk was re-captured by The Federals – with ''Confederate States'' in Port. She would be docked up and broken up later that year. 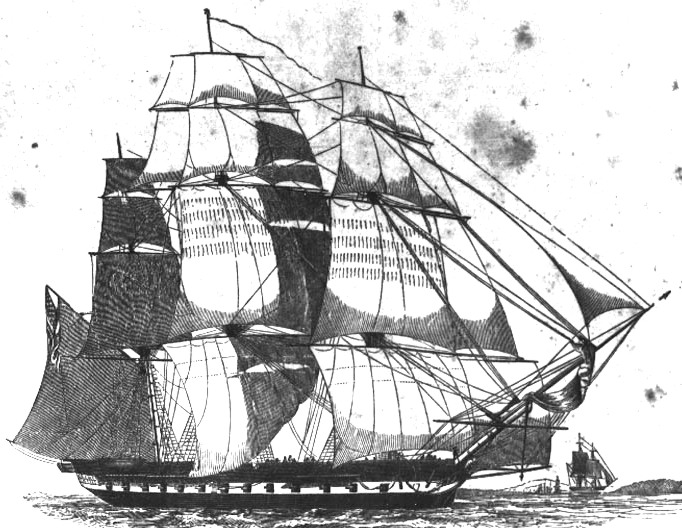