Famous in song and story, The USS ''Reuben James'' was a ''Clemson''-Class Destroyer, launched in 1919 by The US Navy. It's claim to History is that it was the first US Warship to be sunk by German Forces before America's involvement in World War II.

Assigned to The ''Neutrality Patrols'' which consisted of several National Navies who were not then involved in The European War (1939), the goal of the Mission was to insure food and medical supplies were safely escorted to Ports in England and France.

Seen by The German Kriegsmarine as a ruse to transport munitions, on October 31, 1941 German U-Boots attacked such a convoy, torpedoing ''Reuben James'' (and others). Although (when pressed by The US), Germany claimed that they were not targeting ''Reuben James'' (but a Merchant Ship). 100 crewmen were killed with only 44 Seaman pulled from the Sea.

The incident (which happened roughly 1 month before The Japanese attack against The US Naval Installation at Pearl Harbor, Hawaii on December 7th), galvanized American feelings towards Germany and was a major propaganda tool for The Roosevelt Government ''pressing'' for support of Great Britain and France in The European War. 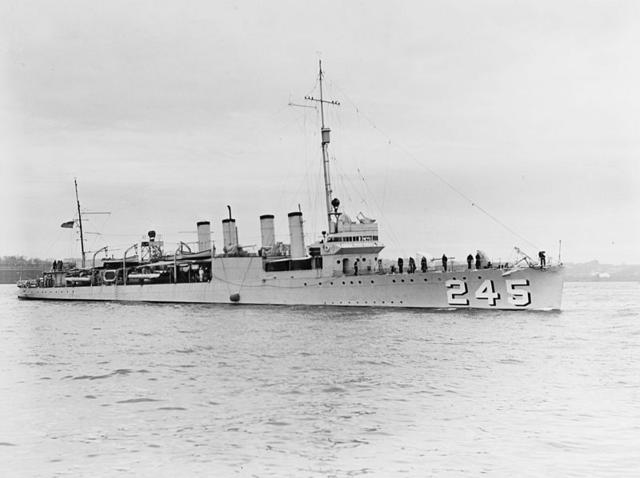