The 2nd US Warship to bear the name, The USS ''Portsmouth'' was a wooden Sloop-of-War (Frigate-Class) of The US Navy, built in 1843. Her initial design was based on then popular French Privateer Vessels (noted for their speed). ''Portsmouth'' began Her career as an important part of The American Effort at the beginning of The Mexican-American War (1846). She was the first US Warship to arrive in then Mexican controlled California. Sailing into what would become The City of San Francisco, Her Crew of Sailors and Marines effectively ''captured'' The City and raised The US Flag there (considered to be the first raising over Enemy Territory of The Conflict).

''Portsmouth'' would later serve in The US ''Africa Squadron'' until the 1850s – working with The Royal Navy to curb The Slave Trade. In 1856, She was deployed to China in support of US and British Forces in The 2nd Opium War. After The War, ''Portsmouth'', would once again be detailed off The Coast of Africa. During The American Civil War of 1861-1865, ''Portsmouth'' would be part of The Gulf of Mexico Blockade Squadron against The Confederacy.

After The War, ''Portsmouth'' would serve in various assignments around The Caribbean and off South America. She would become a Training Vessel in the late 1870s. She would remain as such until she was decommissioned and sold in 1915 (eventually being broken up). 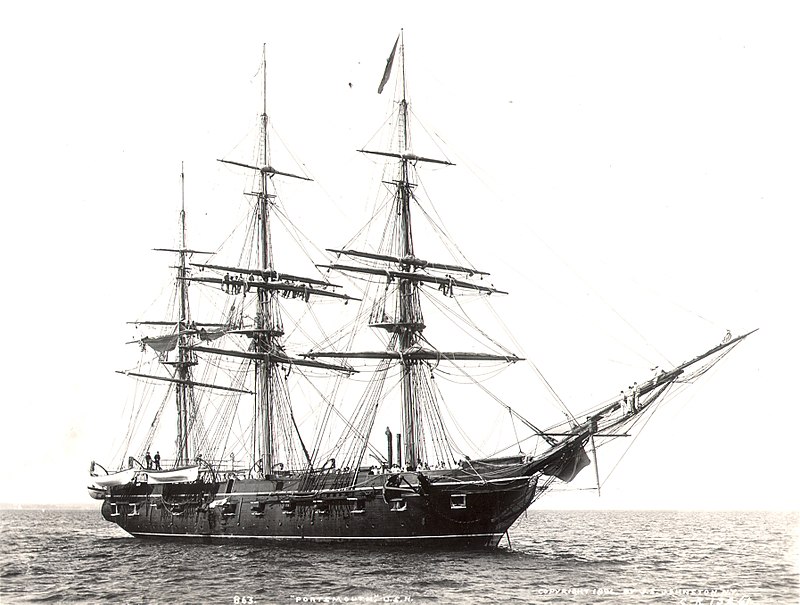